Quests are not necessary, but they are worth doing for the reward and the chance to learn more about the world of Agon. The first quest can be started from the Councillor who is near the bindstone at your starting location, though that councillor is not the only one in the world. By doing the starter quests you’ll get introduced to other NPCs that hand out more quests.

To see and cancel your active quests, go to the Journal and click on the Diary link under the Quests title. Some active quests display a map marker so you know where to go.

Press the F key to interact with the councillor and select the Quests tab from the window that opened. 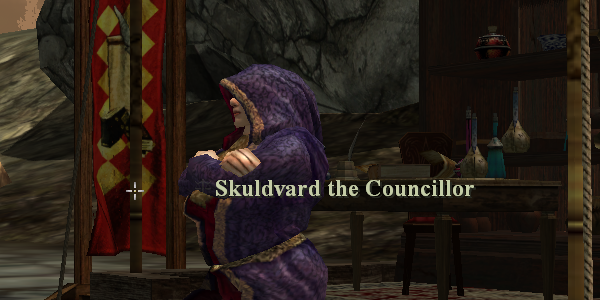