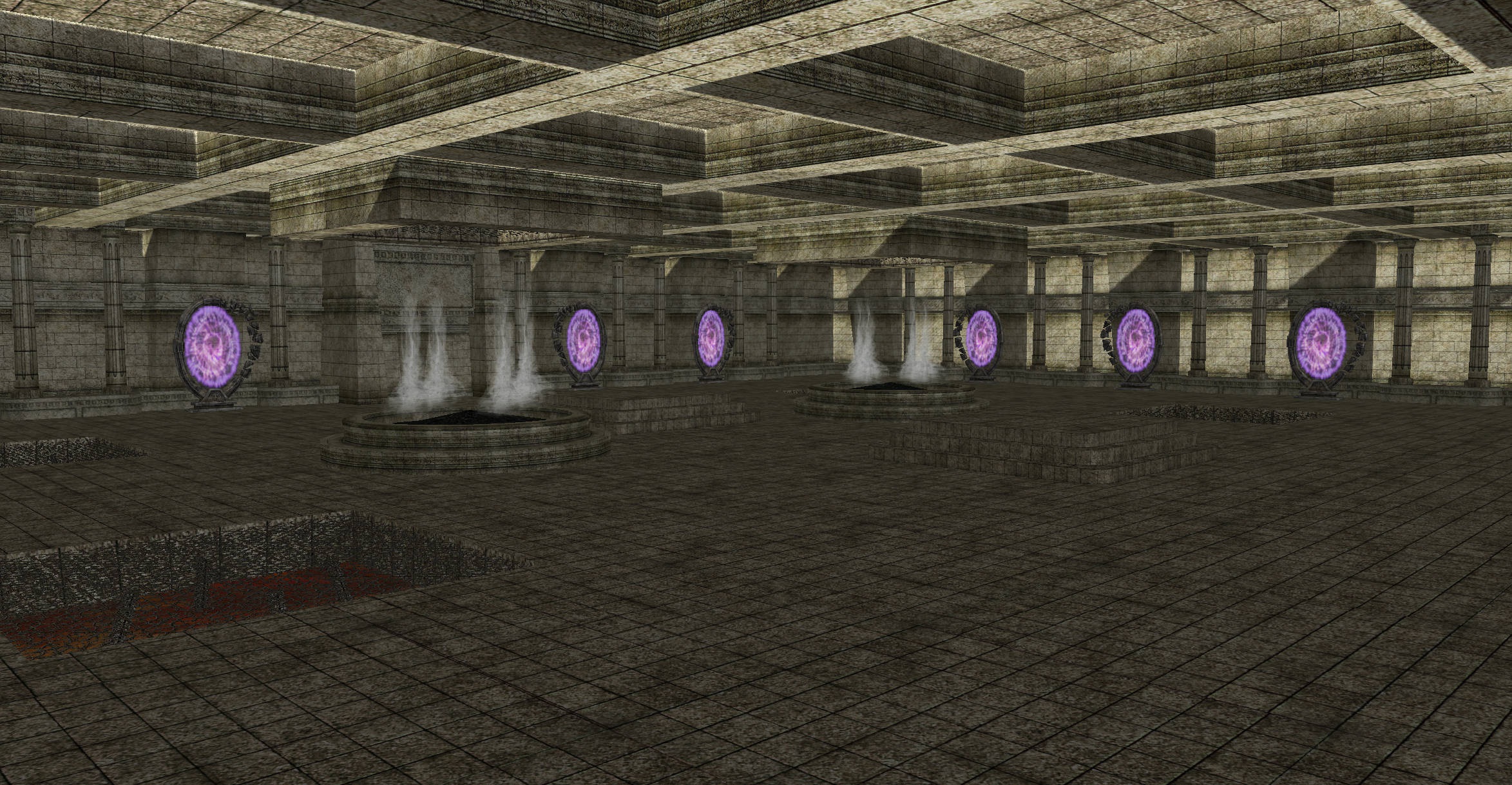 We were very pleased to see the feedback we received from all of you after our recent announcement on making some pivotal changes to the game. Our focus is to provide a more casual friendly experience, both from a time commitment perspective and in regards to certain aspects of the game. This includes eliminating unnecessary tedium in areas of the game such as crafting, harvesting and travel, as well as decreasing the barrier that character progression has on a player's ability to compete in PvP. We also plan to make some areas of the game safer than they are now to provide a place for new and casual players to get acclimated to the game.

In today's development update we have some information on our next patch and what we have planned over the coming weeks.

Next Patch and Public Testing

The development team has been busy working on our next patch which focuses on some of the recent changes we have been discussing in the Design Discussion forums. The changes are currently in testing and we are hopeful to be able to patch by the end of the week. Within the next few days we will be opening up the public test server again to all players in order to help uncover possible bugs that we can address before the release of our next patch. We greatly appreciate all of the help we have received when we have opened up the public test server in the past, and look forward to the feedback we get from all of you this go around as well.

The following is an overview of what to expect in this next patch:

The detailed public test server patch notes will be posted when we open up the server in the next day or so.

Focus for the Next Few Weeks

The team is planning to work on character stats and gear disparity, among some other changes, that we hope to be able to patch in sometime next week. After we tackle those areas of the game our focus will be on increasing the options players have for traveling around Agon, and reducing the tedium associated with it in-game. We also have some things we have been working on that we want to get in game as soon as possible, with the following being a few key examples:

We are working on a set of new legendary weapons and materials that will enter the game in the next few weeks. These will have a chance to drop from the chests you receive after defeating a champion mob, along with a rare chance of a unique recipe providing you with the ability to craft the item yourself. We will be teasing some of these new weapons and will have more information on them as we get closer to their release.

As we showed off in one of our recent social media updates, the team has been working on two new subway portal systems. Players will be able to enter these areas to find many portals providing various travel options. We will have one that is dangerous that allows you the ability to travel to far reaching places of the world, and a more safe subway system that provides travel among NPC areas aimed at new and/or blue players.

With the recent shift in direction towards a more casual friendly game, we have decided to move away from localized player vendors to a more global system. We will focus back on this topic after we get through our planned changes on character progression, crafting, harvesting and travel. There has been a lot of great feedback in our design discussion thread on this topic and we have pulled a lot of good ideas from you all in the community in how best to come up with a working and convenient system.

Before we sign off for today, there are a couple of other things we wanted to provide you with an update on:

We will be sending out a newsletter this week to our database that will go over our plan on making the game more casual friendly and will touch base on what we currently are working on and what is planned for the rest of August. This newsletter will also include our first Community Poll that we will use to help us prioritize our resources on the content and areas of the game that our community finds most important.

We also will use this poll to gather unfiltered feedback from our players on things we can do to make the game better and more appealing to a wider audience, and hope you can take a few minutes of your time to add your feedback into the mix.

Wall of Fame / Wall of Shame

The web development team has been working on a few updates on the back-end and plan to have those changes completed soon. Their next project will be finalizing the Wall of Shame and Wall of Fame that we mentioned a few weeks ago. The Wall of Shame will provide a list of characters who have been banned since launch while the Wall of Fame will be a place to recognize those who help uncover bugs and provide feedback on the public test server.

Working in conjuncture with @Sique from the Agon News Network, we are extending the ANN Bank Art Competition until August 20th. You are now able to reuse an entry from the original thread if you so choose, but you must add it to the official competition thread. We also have added the upcoming Character Alteration Token as a reward! We hope the next set of patches to the game will give you an opportunity to submit your own entry so you can put your name in the hat for a free race/sex change!

Thank you for reading today's update and make sure to join us in the discussion.