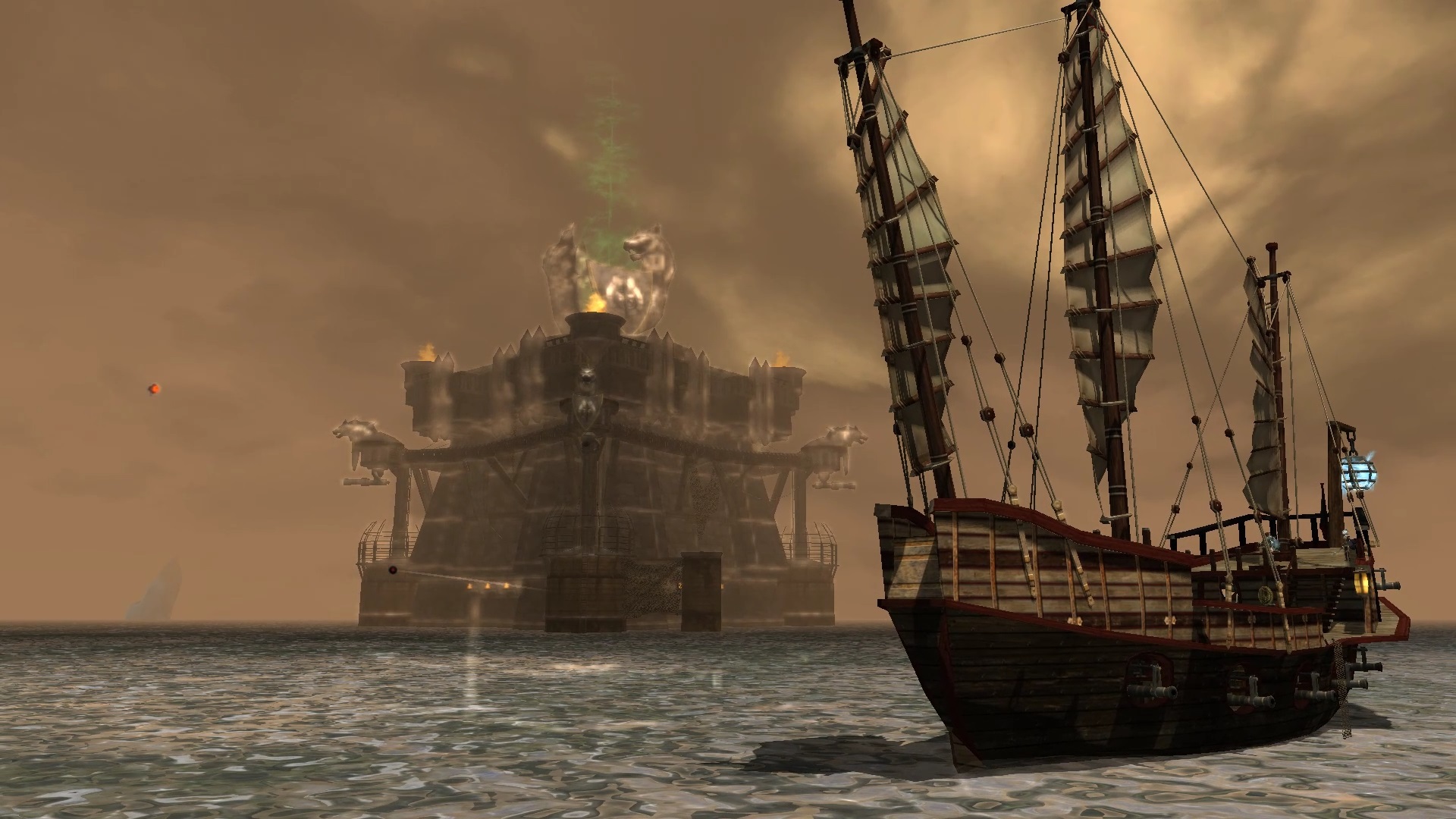 Hi everyone and happy Friday,

Today we felt it was a good time to give you all in our community some insight into the inner workings of our team seeing as we are coming up on a year since our first official team meeting. We have come quite a long way from our first meeting on Ventrilo on June 20th, 2015 (ugh, Ventrilo) and have evolved from a ragtag group of people passionate about the Darkfall franchise with a dream of being a part of something once in a lifetime, to an independent game studio developing a commercial MMORPG. That being said, there have been many struggles and obstacles that we have had to overcome throughout the past year, and many lessons learned that have shaped how we operate as a team now.

Our Journey Over the Past Year:

Our first team meeting was held on June 20th of last year, and encompassed members of the Darkfall community that Andrew Ballinger had reached out to in various means. The beginning of the meeting was chaotic, with everyone really at a loss as to why we were all sitting there in the same voice channel (many of us sworn enemies from the days of Darkfall Online). In enters boisterous Andrew, and we all quieted down to hear what he had to say. "Who wants to help create the next Darkfall?" he said, and a few us laughed at the time, not realizing how much a reality that statement would become.

Flash forward to October 2nd, the date that we officially incorporated Big Picture Games as a company. We had a core group of team members that had already begun working vigorously on many aspects of the project. The marketing team began orchestrating their short and long-term plans, designing the company and project logo, and debated what to call our project (with us finally deciding on "Rise of Agon"). The development team began planning ahead for how they were going to tackle development, and our talented website and forum developers started working vigorously on our initial concepts (and thanks @KeithStone for the Xenforo suggestion for the forums!). All during this time members of the team continued to work behind the scenes with our partners at Aventurine, trying to secure an actual license. There was still a lot of doubt among some members of the team, and over the months while we negotiated for a license we lost members, something we expected seeing as we all were working on a volunteer basis. 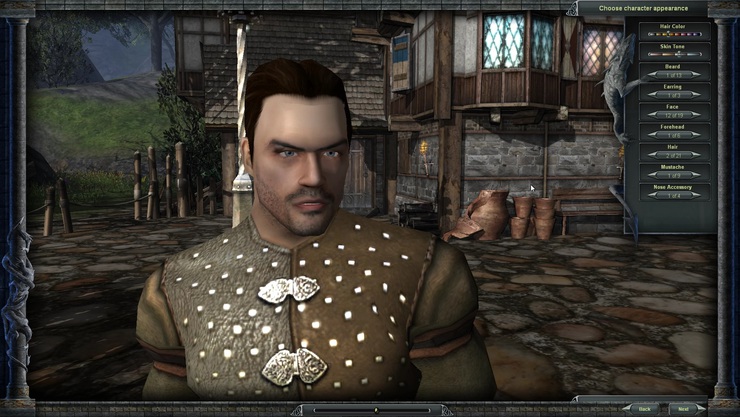 The months went on, and many members of the team began to have doubts that a license would actually be given to us, and we began wondering if all of this time we had invested would be for naught. Then it happened; Andrew sends a company wide announcement on Slack (the team coordination tool we have been using for many months, after trying a few others that simply did not fit our needs) stating he had an important announcement on our licensing progress. The day was February 29th, 2016 and at that moment we realized as a team that our passion project and dream was turning into a reality - we had acquired a license for the Darkfall Online source code.

As you all know, we began our work immediately after acquiring the license to try and get a server up and running so that we could get our growing community (and our team members) in game. Our web developers launched the first iteration of our official website, the marketing team began creating videos and working with external partners to plan for the road ahead, and we began to inch closer to getting team members on a working server. Unfortunately we let external (and internal) pressures get the best of us, and despite having a successful Alpha launch, we did not do our due diligence to make sure the game client was secure.

That brings us to today, with us working around the clock to address the security concerns that have arisen so that we can bring back up our servers and get our community back in game. Throughout this time we have lost team members both due to personal reasons and others due to inactivity or them coming to the realization they cannot invest the time needed for their roles to be successful. It has certainly been difficult to manage such a diverse group of people, with members from 9 different countries, all working on a volunteer basis. Most of us have jobs we work 40+ hours a week on to pay our bills, and then we put in an additional 40 hours into this project after our day job ends. We all have had our bad days, where the effort required for us to be successful seems overwhelming, and each of us has made many sacrifices to ensure we can give you all the game you have longed for for so many years. 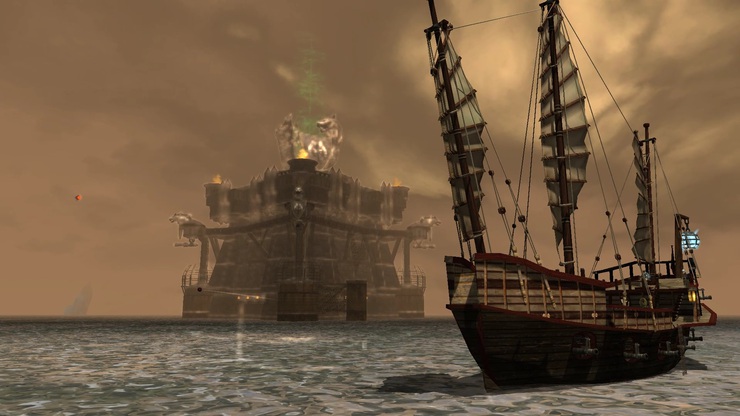 In regards to managing teams, we have made some changes to our organizational and management structure that we will now discuss below. We have already begun seeing immediate results in how our numerous teams interact with one another, and believe that we have found the "right recipe" to make our company as organized and successful as possible. Although we do not have the luxury to sit next to each other in the same office, our team now operates in such a way that we might as well be. The team continues to evolve and change for the future with new members joining and a few moving on to other challenges and projects.

As we mentioned in the section above, we have learned a lot as a company about what works as well as areas that we have faced difficulties in. In order to better organize our teams, ensure that the tasks at hand get completed and that we stay true to our vision as a game company, we are pleased to announce our new management roles. This new structure will allow us as a team to focus on the areas we most excel at, and provide more structure and organization moving forward. Without further ado we would like to introduce you to the new management team at Big Picture Games:

With the recent restructuring of our company management team, and with us moving closer to our Closed Beta development phase, we are looking to expand some key areas of our team. Next week we will be introducing our new Digital Marketing lead, Social Media specialist, and Lore lead. Our team is excited to have these individuals join our ranks and we all feel they will greatly help in their respected roles.

That being said, we are looking to bolster a few areas with some more talented and passionate individuals, and we know that our community houses many people that would fit these standards. As it stands right now, we are actively looking for a few more people with digital marketing experience, another musician to help in our on-going project to re-write and introduce a new musical score for Darkfall: Rise of Agon, and add some 2D and 3D artists that many in our community have shown to have great talent in throughout the years. Those of you looking to join a close team of individuals passionate about the success and future of the Darkfall franchise, and think they have the talent and drive to make it into our team, please send a resume and express your interest through our Careers Page on our website. We will be conducting interviews over the coming weeks and look forward to strengthening these areas of the team for the road ahead.

These open positions are currently volunteer positions, but each team member will be credited in our official credits and will be eligible for paid employment once our company grows enough to financially support it. 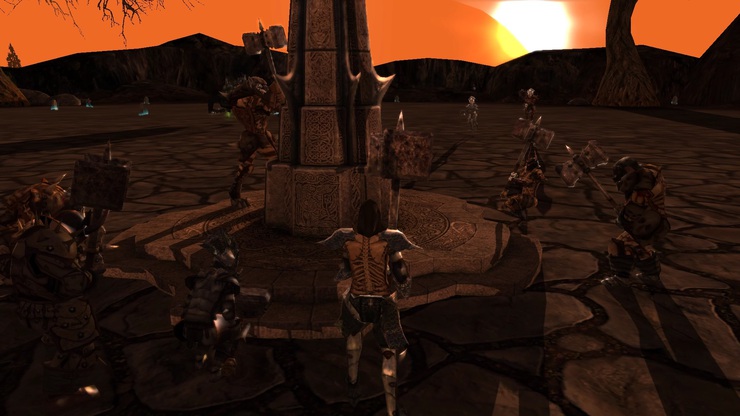 This upcoming Tuesday, June 14th at 7 P.M. EST we will be hosting our first official live Q&A using the community Discord as our platform. This will be hosted by both Michael and Brad and we plan to answer questions until 9 P.M. EST. We will have a channel in Discord for people to pose questions that will be heavily moderated so that we can try and answer as many questions as we can. There will be limitations to what we can answer however, as anything pertaining to specifics of our license agreement or other sensitive information that only those under an NDA are privy to will not be answered for obvious reasons.

We are looking forward to fielding and answering your questions this upcoming Tuesday and hope that you plan to join us! Seeing as this is the first time we are doing this we will see how it goes and if things run smoothly we will plan to do more over the coming months, particularly once we delve into further game development and game design changes.

Use this link here to access the Rise of Agon community Discord channel for Tuesday's live Q&A! 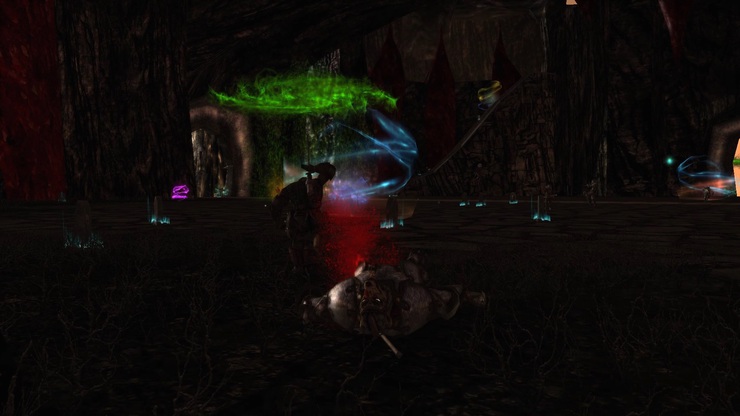 We hope that this update has provided you with more of an inside look into our company and how we have progressed as a game studio over the past year. It has been a long and arduous journey so far, and we are sure there will be many obstacles that we will face as we continue to fight forward. As a team we are all committed to the success of this project and cannot thank you, our community, enough for the immense support you have continued to show us throughout this past year. The passion that you all have has only reinforced our decision to start this company, continue to work through adversary, and many times give up sleep and our social lives to get the work needed accomplished. We are privileged to have you as our community, and look forward to rewarding your support with the Darkfall experience we always dreamed of.

Make sure to join us in the discussion to share your thoughts, and we hope to see you next Tuesday at our first live Discord Q&A!