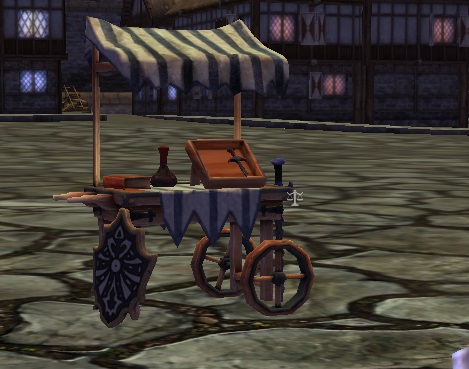 We have a few updates for you today that we wanted to share before the weekend. The team has been busy both finalizing our next patch, which we plan to release tomorrow morning, and working on the priorities of July's road map. This weekend we will be opening up our design discussions on the new Tasks and the Champion Loot that we are working on throughout July.

Tomorrow morning we plan to release our next patch which has been on the public test server the last few days. This was the first major time we opened up the test server to all of you in the community and we are thankful for all of the help we received. You guys were able to uncover a few bugs that we were previously unaware of as well as provide feedback that helped us make some changes that were needed.

The purpose of the public test server is two-fold: to allow for the uncovering of potential bugs/exploits before a patch goes live and to provide a place for player feedback on content being developed. Within the next week we plan to have some basic mechanics of our Deployable Player Vendors on the public test server. This will provide all of you with the opportunity to test this new system and give player testing feedback on the mechanics. The input we get will help us shape these systems to ensure that we can get them as fun and impactful as possible before release.

We will be opening up two new sections of our website in the next few weeks - the Wall of Shame and the Wall of Fame. The following gives an overview of what each section will contain and the purpose behind them:

We have read your feedback on wanting more transparency on what characters get banned or incur penalties to their accounts due to in-game / out-of-game transgressions. In order to provide this we will be implementing our Wall of Shame. This page on our website will list out all of the characters, their clans, and what their offences and punishments were for anyone who breaks our Code of Conduct or Terms of Service.

On the contrary, our Wall of Fame will recognize players who help test changes on our public test server and find bugs or game logic issues that need our attention. Those who provide feedback from testing changes in development will also be included in this list, so we encourage all of you to download the test server client and keep it updated for when testing and feedback is needed, and to get engaged in our design and patch discussions in the Development Forums.

We will be announcing in a separate update the rewards that will be provided for those who rank near the top of this list, and in what ways you can earn points to add to your fame.

Thank you for reading today's update and make sure to join us in the discussion.