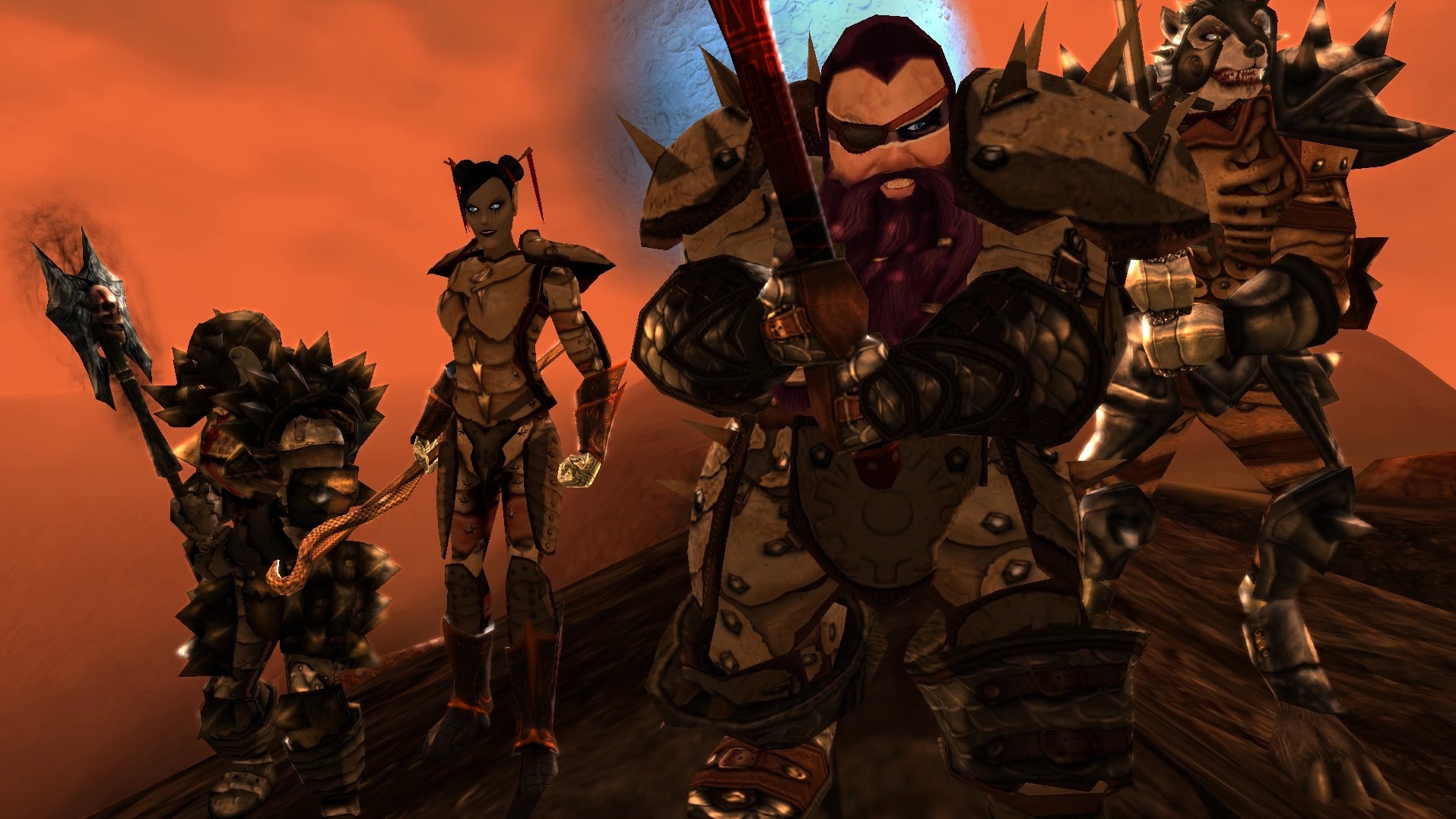 This week we focused on finalizing the last pieces to go into the first combat patch and it should be available on the public test server in a few days. We continued work on the donation page & veteran rewards we announced a few weeks ago(Getting there!) which includes a new type of sorting chest item for banks to help in organizing stack-able items automatically. There will be a few different looks to these chests to allow an easy way to organize your bank stacks into groups and veterans will be getting 2 unique rewards for their tenure. The veteran rewards will be based on the first date any paid subscription time was bought or used(Game Time Tokens count) and all characters once their accounts reach a year of age will receive the veteran rewards. We plan to offer rewards to all veterans on at least an annual basis, this is something we think will be a great way to reward long-standing players. It won't be some kind of combat or advantage, no p2w of course. It will be a unique reward and most of it will be focused as a cosmetic "show-off" type of item to show just how much of a seasoned veteran you are!

Most of these changes are complete but a few are still going through QA. Once the last pieces pass basic QA we'll open it on PTS for everyone to try out and also open up access to the combat focus group. We will be looking at damages and attack speed adjustments on melee, archery and magic likely for this patch once we get some more feedback from play testing.

We will be opening up the focus group when we release the first combat patch to PTS for play testing. This will be done by the creation of a new team on our new team chat tool we use called MatterMost. It's replaced our old Slack we used to use as it is a free service and gives us more options that allow us to have these focus group teams we couldn't really do before. A link will be given to allow users to sign up and join when the first combat patch is deployed to PTS.

This is a new initiative we're going to start around BPG which will involve small tidbits of ideas and discussions we're having internally being posted on the forums and also regular updates and posts from mostly development staff over twitter. We know everyone likes to get more information about the development process and how things are going along in the company. Twitter will be used for quick little tidbits behind the scenes and we'll aim for a once a week WOOM post on the forums about some of the topics we've been discussing internally. This will be more casual and will not be ideas that are necessarily going in and to be taken as in stone but will shed some light on the process we hope to the community. We strive to be transparent but we're also really fricking busy so we'll try this as a way to keep people in the loop in a less structured way which will align with the less structured approach the company has on operations. We develop, meet and work at all sorts of varying times and locations throughout the day and night 7 days a week, fitting in work whenever we can and keeping in touch over mobile most of the time. Friday for example TJ and Andrew had a design conversation on whatsapp while one was at the dump removing old furniture and the other was driving, Michael was headed to the airport to get on a plane while we discussed the weekly update in the afternoon... these are the kind of things that happen on a daily/weekly basis as we cram work and discussion on the game into every faucet of our days possible to keep driving the game forward. We live, eat and breath RoA trying to make this the best game possible, and going forward we're going to increase our communication as we have received lots of positive feedback whenever we do. We're still setting up accounts and automation to make this idea work but hopefully we'll get this started in a few days and we have a couple topics planned for design discussions as well.

Hope everyone had a great week and join us in the discussion HERE.