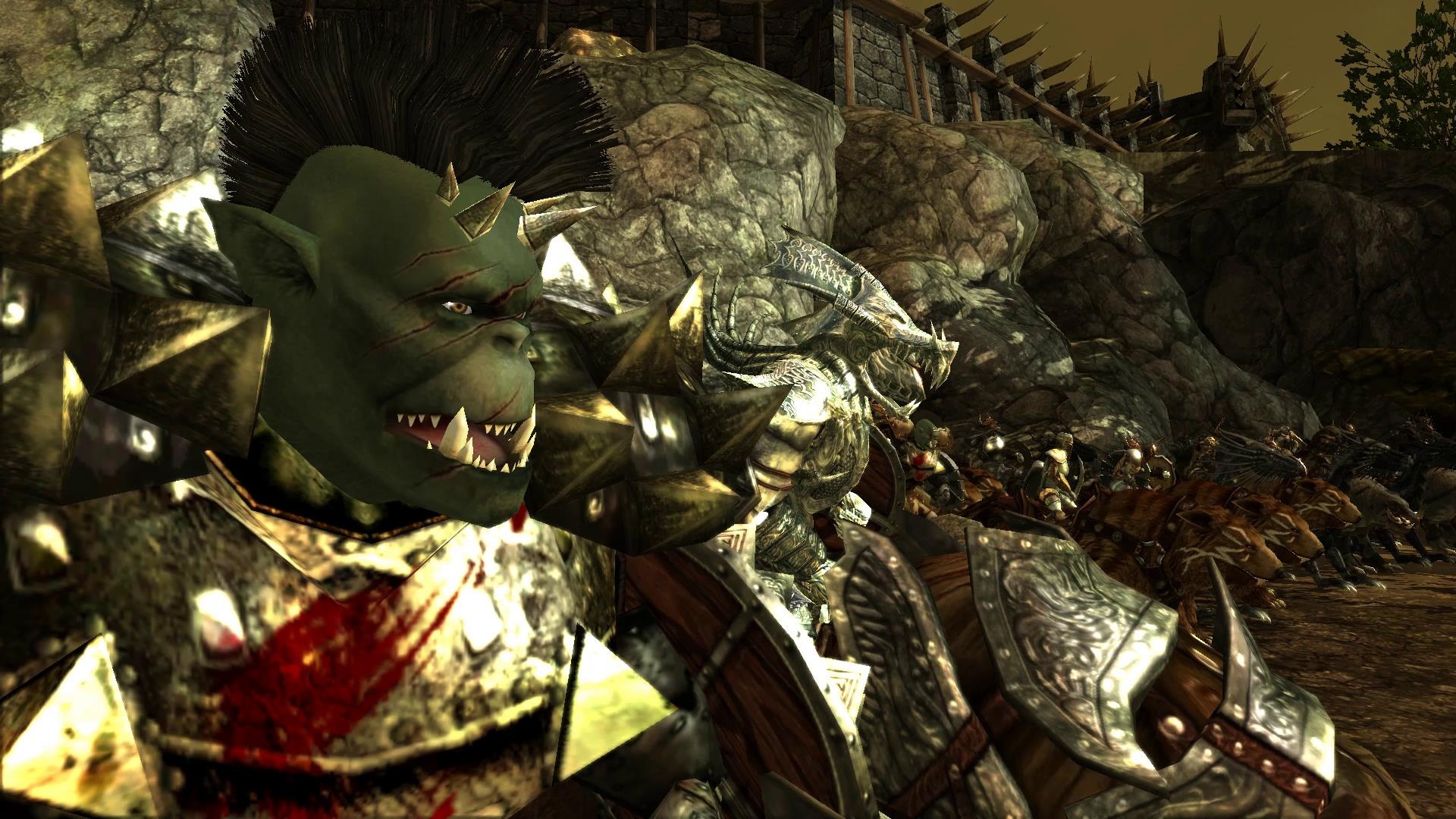 Prepare for war and read about our first expansion for Rise of Agon. Territory Control is still coming and there will be a livestream to look forward to.

Today we announce Embers of War - the first expansion being developed for Rise of Agon! In this news post we plan to go over what has been happening around the game and company with an update to show the community what is going on behind the scenes and what will come in the future.

What is Embers of War?

With the recent experience on piecemealing in some larger features we have realized that the scope of what we want to do with the future of the game is too large to put in small pieces over many patches. For this reason we are grouping up all of the planned ideas we have for the near future into our first expansion for Rise of Agon: Embers of War. We are not able to feasibly do the features justice unless we can code them in their entirety as full systems and as such we will focus virtually all resources to these expansion features. We say virtually all resources as this expansion focus does not mean we will stop with regular patching.

What about Platinum and Mines?

Platinum and Wilderness Mines are being folded into a larger Territory Control 1.0 system. Due to these features needing more purpose releasing them on their own will be a piecemeal of a complete system and as such will not be very useful. We instead are adding a few more components to turn it into a fully functioning TC 1.0 system complete with regional control through static towers and objectives. Platinum will be used as a currency for various upkeeps, boosts and mechanisms such as controlling rune access and binding to territories controlled by a clan. Mines will be included in the system and players will be able to capture and claim the rare ores from them. For now it will only be rare ores available but we will expand on it in the future to include additional resources, and players will be given some choice over what and how mines produce resources. In our upcoming Q&A we will go over more of the exact details on what is included in TC 1.0.

What will change with patching cycles?

We will release small patches based on community voting while we buckle down on the larger features. Game patches will continue on a bi-weekly to monthly basis with a controlled level of scope that will fall under what we call community patches. To aid in the development of these small patches we have trained internally over the past few months some of our volunteers to be able to access and edit various simple areas of the game code and use our version control system to ensure smooth integration with a controlled workflow for our work pipeline. This will allow things like loot changes and simple number tweaks to be performed autonomously without the interaction of our primary developers, allowing them to focus on the bigger pieces.

What are Community Patches and who chooses what goes in?

Seeing inspiration from other successful projects that have community voting and the recently well received community voting that we did in the last couple weeks the community will decide! We talked about this last month (https://www.riseofagon.com/news/look-at-rest-of-2018/) but as a refresher or for those unaware, we will host regular Q&A streams to provide updates on the status of the project and its first expansion. It will also provide a chance for the community to suggest small changes, features, tweaks and bug fixes for our overall team to focus on. The ideas will be compiled and made into a voting list that will be featured on our website, and after looking at the available options we plan to re-purpose the existing roadmap page we have for this voting.

Hey wait I thought we just had a vote?

Yes, we finished up the first community polling recently and have reviewed all of the results. Those requests and game changes and will go into the first few community patches as planned and include trade route enhancements, a floating combat numbers, and other topics. After the next Q&A livestream we will put additional topics on the schedule and everyone will be able to put votes in on our website, linked to your game account.

Who is currently involved in Big Picture Games?

We have been asked a few times about what kind of involvement we have and how many members are currently active with the project, and wanted to provide the entire picture for all of you interested. This member list does fluctuate from time to time, with new members joining and some others stepping aside, but many of these unsung heroes have been here for years and we are so very lucky to have them on the team. We should note while we do have a lot of names keep in mind virtually all the team at BPG are here on a volunteer basis part time while working day jobs, having family and other commitments. Some are able to put in full time hours even as volunteers and most on this list have made sacrifices both personally and professionally for this project over the last 3 years since we began:

CEO
Andrew - Captain of the Ship

What will be different?

We are splitting the development into two teams to ensure that each team can focus on its goals. Team A will complete the promised Territory Control 1.0 feature that includes platinum and clan mines before jumping full force into the future expansion features, only putting features on live once complete. We will prototype features on the test server before they go on live so the community will be able to check out what is coming up in the next major builds. Team B will be focused on the current game, polishing and addressing community concerns with small frequent patches and updates.

Our primary development team will be working almost exclusively on the Embers of War components with only the odd distraction when needed for community patches. This will help with the creation of these new systems as we are essentially locking them in the dungeon to put their focus entirely on the features of Embers of War. We will let them out occasionally if Team B requires a quick hand or there are bugs that require their expertise but otherwise they will keep their eyes on the prize. This means they will also likely disappear a bit from the public side of things so they are not distracted, but we promise they will be well cared for and not forgotten down there… TJ will be leading this team with their focus on the Embers of War expansion.

While Team B does have more names on it there is more programmer resources on Team A! Team B will focus on community patches, small bug fixes, economic changes including tasks like loot/spawn overhauls and if desired by the community combat tweaks. In addition we will be adding in more themed items and additions to the Nithron Coin Shop to add more “flair” choices to players. We will be updating our roadmap page to use for community voting in the future and it will list the different pieces of the expansion. This team will be lead by Andrew and will be responsible for organizing the community patches content and order as requested by community voting and interest. Small items that require very little work will go in ASAP and jump the queue while any larger more resource intensive requests will go in based primarily on community interest, secondarily based on technical challenges.

Thanks to the many players that have continued to subscribe and nithron coin sales we have been able to continue operating and active development of Rise of Agon. As we move on to these larger features it is going to take time and resources to implement them correctly. We want to add to our full-time development staff (currently TJ and Neil are the only full-time paid staff) to accommodate the needs of larger features in both the areas of art and programming. Several volunteers both past and present could easily add to our resource pool but unfortunately our current income level only allows us to keep two on full-time. To this end we are opening up a donation system to allow those wanting to support the project's expansion development directly. These funds go directly to development staff and would not be subjected to any licensing fees which means everything, minus transaction fees, goes straight to the team! This would allow us to speed up the creation of assets and add in more programming power to help develop all the various expansion features more efficiently. We have had this system in the works and mostly finished months ago but chose to not open it before we addressed community concerns and gave you all a specific goal as to what they were contributing to. Perks associated with these donation tiers will be cosmetic and long lasting with permanent structures in game and various recognition. We will open it up at the end of the week, before the planned livestream for Saturday (time to be announced).

We will be doing a livestream this Saturday, November 3rd which is tentatively set to take place from 3-5pm EDT, New York/Toronto time. We will release a thread for players to pose questions and topics up for discussion a few days before the livestream. Even if you are attending please try to put your questions into the thread ahead of time so we can ensure we get to them. Answering questions the day of can be a bit of a frenzy and we want more structure going forward. Schedule of topics and discussions for the livestream will be announced later this week and Andrew will be involved in them from now on! Due to the family's new addition of their 4th child he has been unavailable for the previous streams but with things settling down in the Ballinger household he will be able to commit to the monthly livestream and come out of hiding. This livestream will have an open forum time at the end for any additional questions and discussions, and we are committing at least two hours of time.

Thank you for the continued support from the community, together we will continue to make Rise of Agon an amazing game together!

-The Team at Big Picture Games