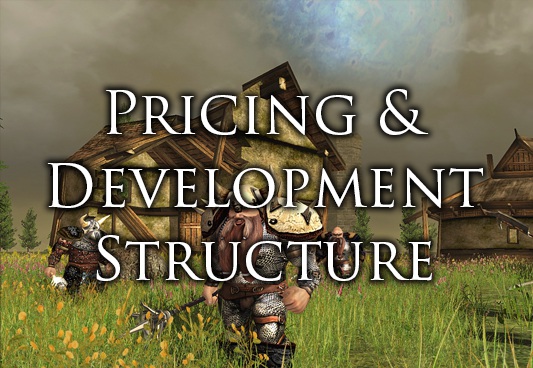 With the source code in hand, our team has never been so excited for what the future holds. The development team has been very hard at work, and we will provide a more detailed update next week on this topic.

As expected, there are many questions regarding the cost for Darkfall: Rise of Agon and the various development stages that we have planned. Below are some details on our Alpha and Beta phases, our pricing structure, and what is involved leading up to full launch:

The goal is to have our Alpha server open for testing within a 1-2 months, following work by our developers. Before a server can go live our development team will need to accomplish an internal Alpha test of the working game server. Once we have a stable server running smoothly we will start sending out Alpha invites.

Our testing process is broken into 3 phases:

This is an invite only free Alpha, starting with 500 invites the first week. We will ramp up the invitations as the Alpha stage progresses to help with stress testing and allow more people into the game. The purpose of Alpha is to provide initial server stress testing, a few minor updates, and optimise our servers/processes. Most importantly, those of you wanting to return home to Agon will have a chance to get back in game.

We also have plans to shoot promotional videos during Alpha and Beta. There are multiple scripts already written, and many of them require large amounts of people. That’s where you guys come in. The marketing team has a lot of plans in store that we will share throughout Alpha that will require the assistance of our community, and we look forward to seeing you show off your skills on camera.

This phase will be used to test initial changes/updates and will start with a fresh server after Alpha ends. Skill & stat gains will be set appropriately to the testing required, and it will run for approximately 3-4 months. Access will be granted only to those who have purchased any of the Founder packs discussed further below.

Public Beta will run until we approach our launch date which we anticipate for early 2017. This phase will be open to the public for a reduced monthly subscription rate of $10.95. Unlimited access is included in the Hero and Legend tier Founder packages.

What will be the cost of the game at launch?

Many members of the Darkfall community have paid a box price already (some multiple times) in order to join the world of Agon and charging one again did not sit well to us. For this reason we will be charging a subscription price only, which is expected to be around $14.95 USD a month for full access to the live game.

Are you charging for Public Beta?

We will be charging a reduced subscription of $10.95 during our Public Beta stage.

There are many reasons why we decided to do this. As we stated previously, we are not charging a box price for Darkfall: Rise of Agon. We also do not have the financial support of large corporate investors (a good thing when it comes to our freedom in regards to development) as our company was financed internally. At the end of the day, our team is dedicated to developing Darkfall: Rise of Agon into a game worthy of the name, and this reduced monthly subscription will help us in achieving that goal.

That being said, we are offering the following Founder packs to provide our community members the opportunity to gain access to all our development stages at a highly reduced rate.

For a limited time, we will be offering exclusive Founder packs to reward our community’s continued loyalty and support. Our Founder packs will allow players to secure access to the various testing phases depending on what pack is purchased for a highly reduced rate. For those that purchase the Hero or Legend pack, there will be no further cost until the game officially launches. It’s our way of saying thank you, and to invite you to join us in shaping Darkfall: Rise of Agon for the lowest price possible.

These Founder Packs are not required to gain access to our Public Beta, as anyone can subscribe to that phase of development for our reduced subscription rate. They do, however, provide access to those who want to participate in the appropriate development stages at a greatly reduced rate, along with a few extra perks on top of that.

To break these packs down into development game access:.

* These dates are minimums. Packs offering unlimited access to Closed & Public Beta access will cover the whole testing phase in the event that they are extended.

Players also have the option to upgrade their package and simply pay the difference to move to a higher tier, but only during Closed Beta. For those who purchase the Hero or Legend pack: If in the event we can launch sooner than 9 months (ultimately our goal), your account will be credited the remaining balance towards your launch access.

We will be launching our online store and account management systems in the coming weeks. In regards to development, our Dev Blog will begin starting next Tuesday and will be utilized to present updates from our development team. The marketing team will also be announcing the first community competition next week and the team looks forward to your submissions. And before we sign off for the weekend, we wanted to present a piece of concept art from our art team. This is not the Founder Blade!

From all of us on the team, thank you and have a great weekend. 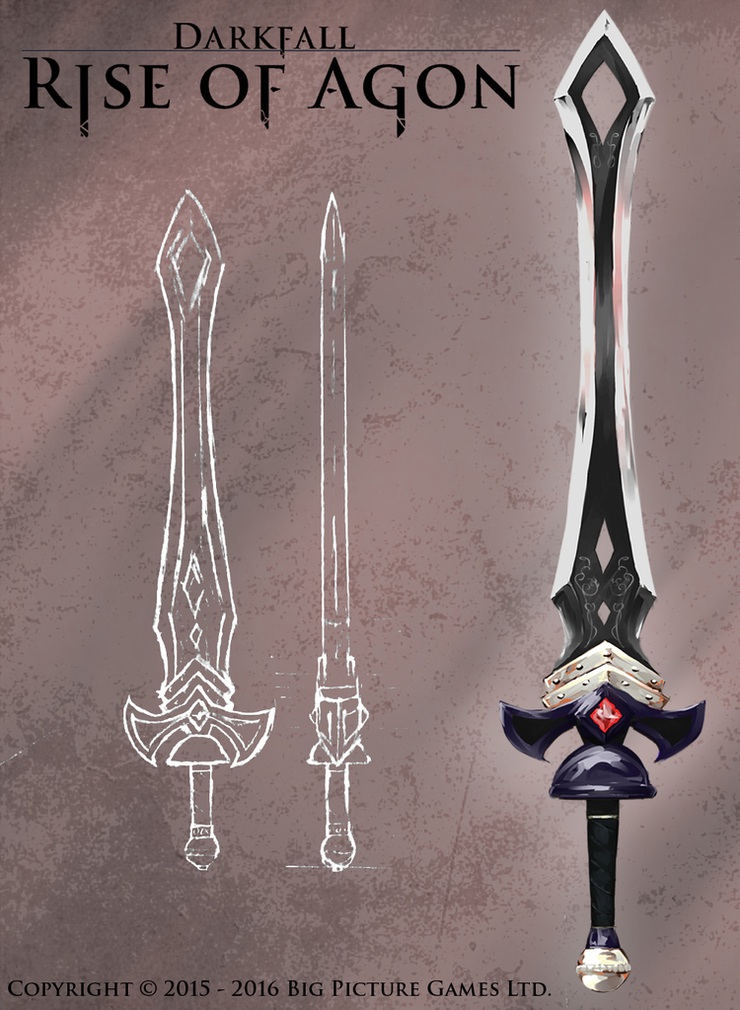