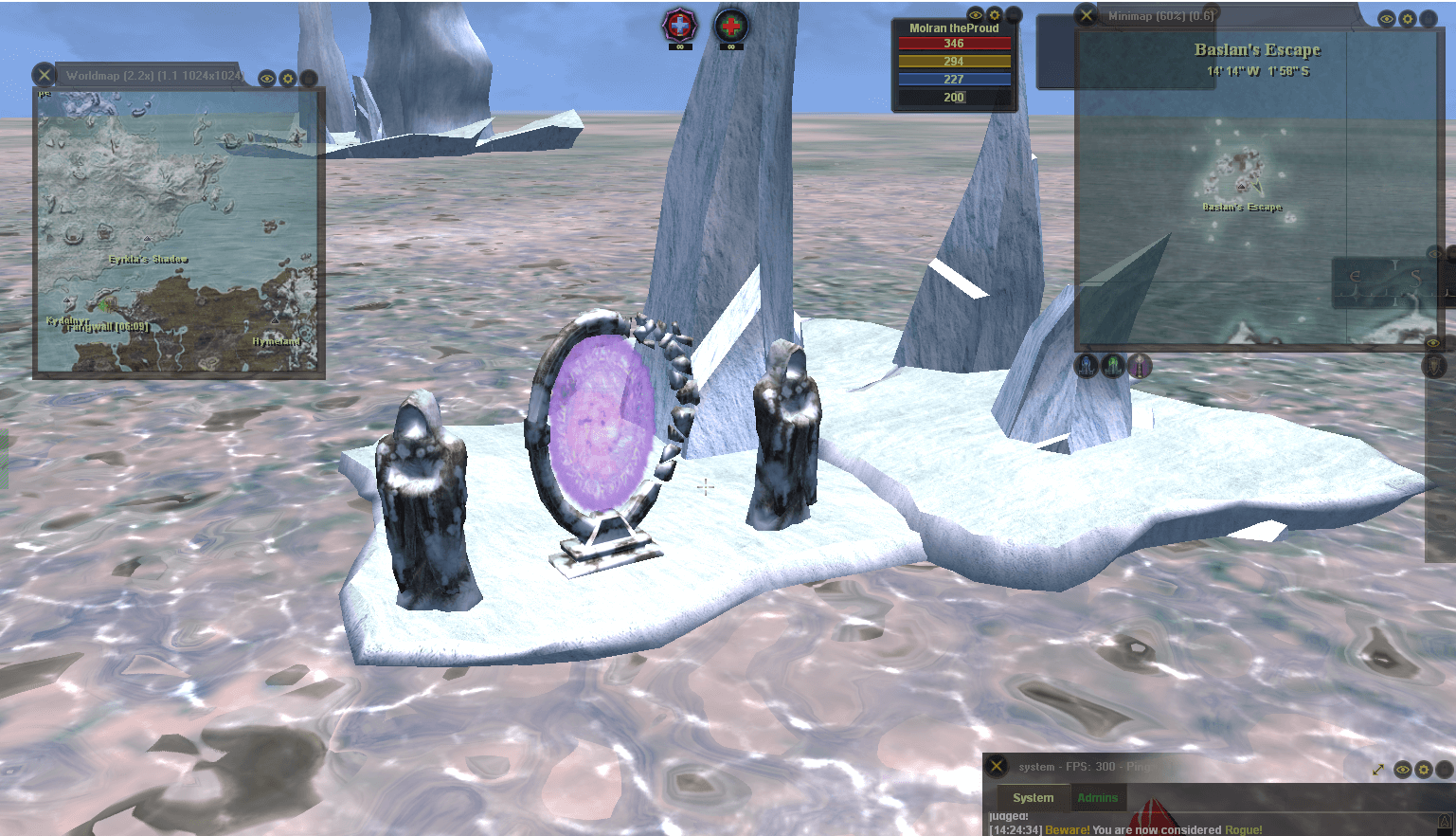 Darkfall: Rise of Agon officially launches in seven weeks from today on Friday, May 5th. The members at Big Picture Games have been very busy focusing on all of the numerous tasks and projects that their respective teams are responsible for. Even though there is still a lot of work ahead of us on our path towards launch, the team gets more and more excited each passing day as we get closer to the official release of the game.

In today’s update we will cover what to expect in our next and final patch we will be releasing for public testing before official release. You will also find some updates on a few of the larger projects being worked on from a development standpoint, and an overview from the marketing team on what to expect in the coming weeks leading up to launch and beyond.

Our last patch that we will be deploying for public testing before we officially launch is currently scheduled to be deployed sometime late next week, and we are shooting for a Friday release date. We decided to add one more feature to align with our marketing efforts and we still have a few more bugs to work out before the patch is ready to be implemented. With that said, we wanted to set some expectations as to what this next patch will have included in it and what will follow on launch day.

A mechanic not mentioned in our last update that will be included in this patch is an in-game new player tutorial. This tutorial teaches the very basics of movement and the UI, and ultimately directs players to the Councillor to pick up their first quest. This will be replacing the current “journal” tutorial that players see on screen when they create a new character. We had originally planned to include this basic direction in our upcoming Task System but after a lot of back and forth discussions the team decided that this was a better route to take. It provides a quick and easy way for players to learn the basics of the game so that a lot of the initial frustrations on movement and player interactions are immediately addressed.

Here is an example of what this new tutorial looks like in-game: 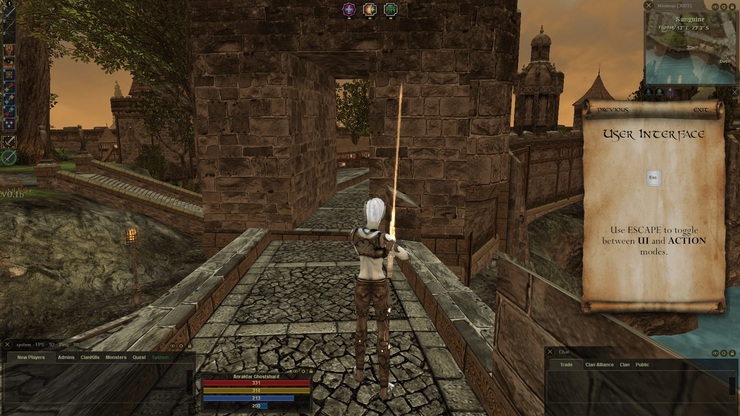 The development team has been busy working through our early access road map and we are still on pace to complete our main objectives for launch. As we mentioned in our last update there are a few crafting changes we are holding back on until after launch when we focus on a more inclusive combat update. We are also adding in a few things not originally planned for in our early access road map which may push back race, sex and name change services until an early patch after launch. Things like the new player tutorial and PvE mechanic changes we felt were more important in the immediate term, but we will keep you updated on the status of these services as we get closer to release.

The foundational mechanics of the task system have been all but completed, and we are currently working on tying the mechanics to a user interface. Our plans for launch are to have numerous tasks that are geared towards newer player experiences which will provide the bulk of the meditation points that characters can obtain during the early stages of the game. Once we knock out the more new player oriented tasks, we will focus on ones more suited for veteran players.

The first image below shows an earlier mock-up of how the task system could look and the second image is getting the journal to actually be active in-game. 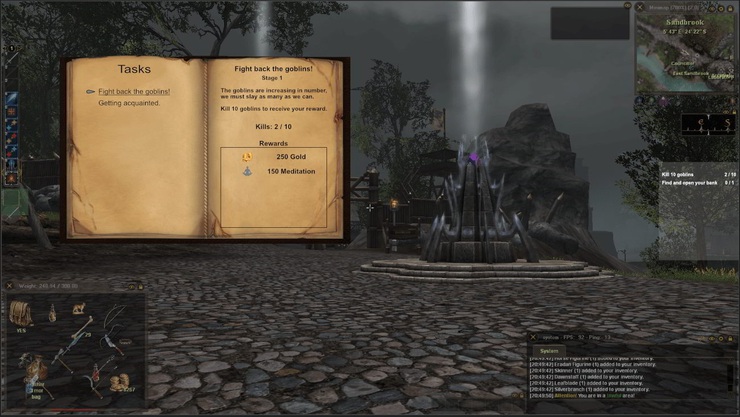 We encountered a lot of issues when trying to add in newly designed 3D assets, which all of our new wilderness portals are, but have recently been able to overcome them and start placing active portals out in the world. With those issues resolved, our team is hard at work getting the full portal network ready for launch.

Here is another example of a new wilderness portal out in the world: 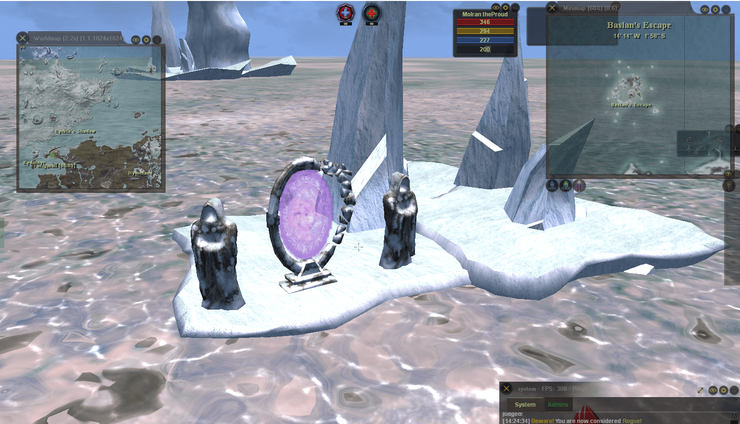 Gaining Insight on the Economy

We have talked a lot about the changes to the persistence system we have been doing behind the scenes, and we recently implemented one of our first persistence monitoring tools. This tool has been tracking economy statistics since March 3rd and has already given us great insight as to resource numbers in the economy.

The following image is an example of the kind of data that we can currently see with the new tool on any item in the game. We will continue to create and enhance systems tied to our new persistence to allow us to “stay on our toes” when responding to market trends and potential abuses.

The patch that we are adding to the game next week will mark the kick off of many of our internal marketing campaigns. There are things that you guys will be able to see and get involved in directly, and many others that will be going on behind the scenes that you yourself may not notice. We wanted to give a brief overview of what we are planning to do in the weeks leading up to launch, a sneak preview of a few topics and what you can expect from us as a marketing team.

We have a referral program that will launch when the game goes live on May 5th. This program will provide players the ability to hand out trial keys to others so they can find out for themselves if they would enjoy the game. The best part for you? For any trial account that turns into a paying subscriber or Nithron Coin purchaser, you will get a reward.

There will be a separate announcement on this program closer to launch with more details!

Our Facebook and Twitter pages will be sending out daily updates, many times with exclusive screenshots or information on upcoming content. This will continue after launch and will compliment our planned updates on our website and forums.

The web development team has been working on some upcoming changes that will be coming to our official website's homepage and other pages like the online store. We have also been doing some internal changes behind the scenes to help increase our project's exposure.

There will be many "behind-the-scenes" marketing campaigns that we will be engaging in once the new player tutorial gets implemented with the upcoming patch. We have a team dedicated to analyzing data and finding ways that we can show as many people as we can how great of an experience it can be playing Darkfall: Rise of Agon.

We have been working on a Streamer and YouTuber program that you will be learning about the first week in April. Part of this program is an outreach program that we have also been preparing slated to begin in early April.

We will be utilizing our calendar on the official Darkfall: Rise of Agon forums to post and coordinate events hosted by members of our team. The first, as an example, will be an upcoming live Twitch Q&A that we will be doing in the coming weeks. As we continue to grow as a community it is important to us to stay as engaged with you all as we can.

Stay tuned for more updates as we march towards the next chapter in Darkfall: Rise of Agon!