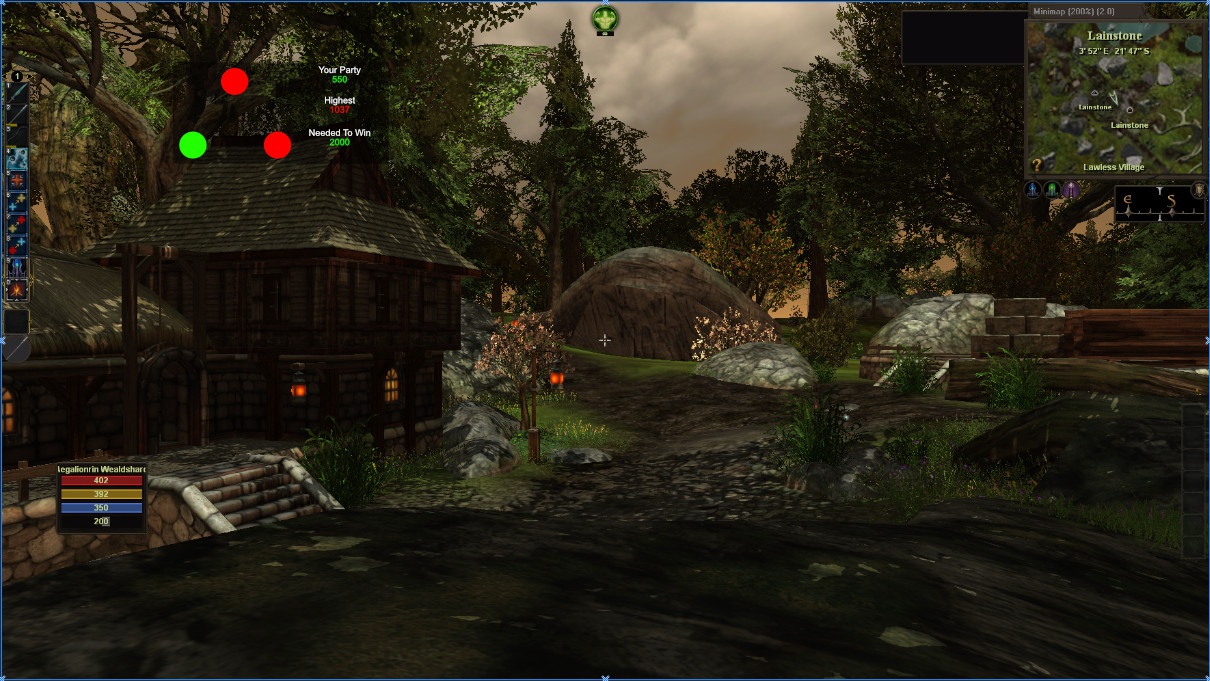 Today, September 1st, we will be having an extended maintenance while we switch out a few of our servers. Our goal is to be able to patch after this maintenance so we can get the changes that are currently on the test server live before the holiday weekend. We will keep you updated throughout the day as to the status of the server downtime as well as what to expect with the patch, and will post the full patch notes whenever it goes live.

In the meantime we wanted to give you a quick preview of the new village mechanics that we are working on that will be coming in a patch following this next one.

When villages go live they will use a classic “Capture and Hold” mechanic. Around each village there will be 3 pads; one to the North, one South East and one South West. When party members stand on these pads they will begin to “capture” it. Once captured that pad will start awarding the party with points. If a pad has been captured by a different party, you can hop on and steal it back from them.

The party to reach the target points first wins the control point. If no party has reached max points by the end of the timer then the party with the most points will win, unless another party has control of all 3 pads in which case it will go into overtime until that party surpasses the previous or someone steals one of their pads.

Village rewards will be divided among the members of the party and will go directly into their banks. All rewards are given at the time of capture and no longer are dispersed over time.

Our goal with these new mechanics are to turn villages into a more fun activity and ensure that their rewards incentivize people to go after them. This will be the first of many key changes we plan to make on existing systems to enhance them and add in new mechanics, and we look forward to your feedback during testing.