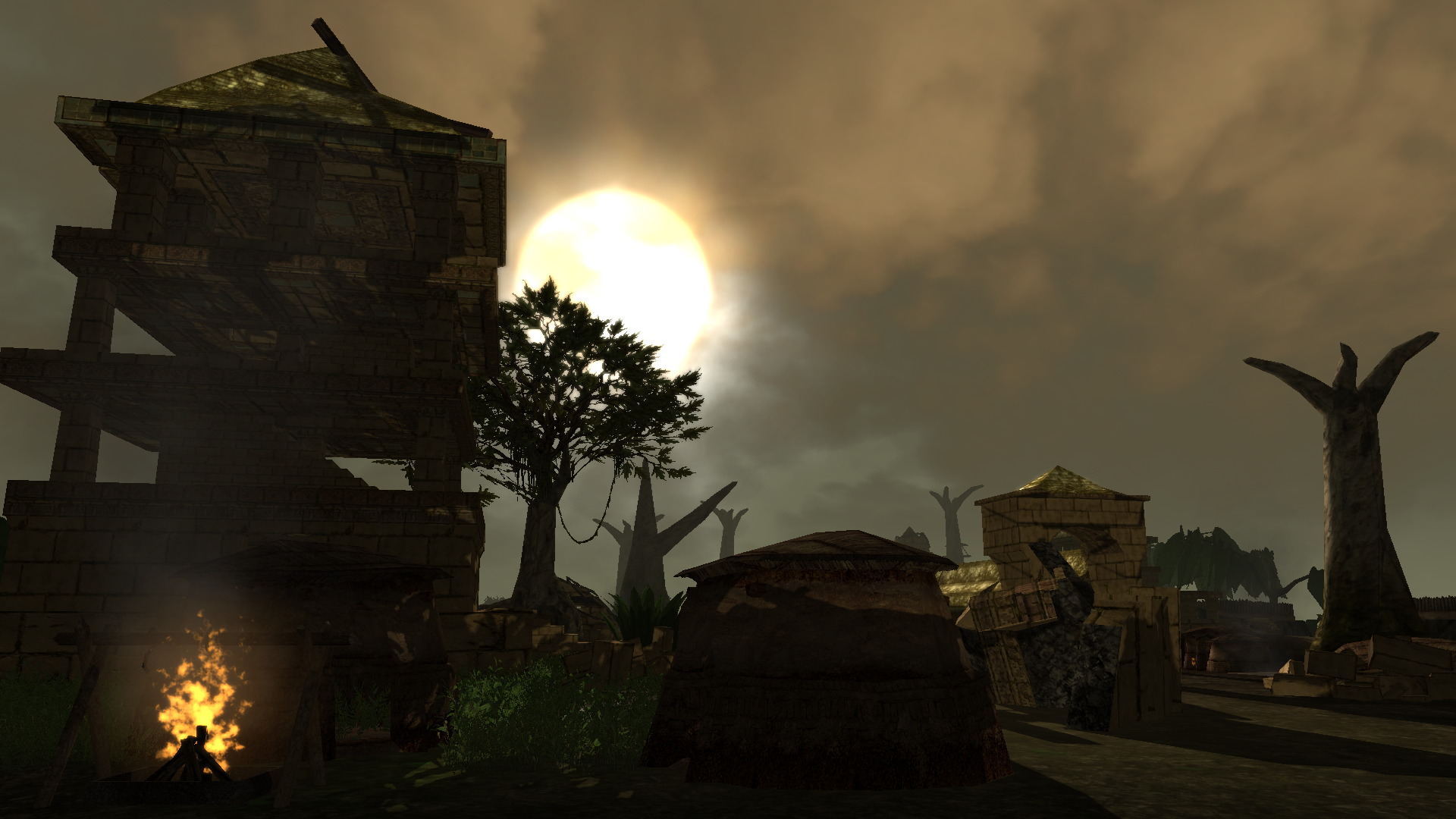 One of the principles we hold ourselves to as a game studio is to always be open to our community's feedback. We at Big Picture Games are gamers ourselves, and we understand the importance of having a community that knows we are not only willing to listen, but adjust our changes to ensure that they are as fun and effective as possible.

Spell scrolls were implemented into the game a few patches ago to combat AFK macroing of particular spells while also having the benefit of creating more world activity and a bit more sand to the box. We extended existing scroll mechanics and we put them on many mobs. Two patches later, we overhauled the drops of these scrolls based heavily on feedback from the community combined with our own observations. The overhaul was better, and addressed some shortcomings with out initial implementation, but it is still not where we would like it to be. Ultimately, we do not think scrolls dropping directly off mobs is the answer, and we are not afraid to say it.  Scrolls in general were part a test to gauge the viability of such a mechanic, and it served us well in that way. However, without the ability to stack them, and the sheer volume of scrolls to farm, as well as the rigidness of having to go to specific mobs to farm specific scrolls was overkill in hindsight to say the least. So, while preserving the positive aspects of the system (world activity, eliminating macroing), we are now going back into the tank for take two.

All that said, we are excited to provide an overview of our upcoming changes to spell scrolls.

After these changes go live, players will be able to craft spell scrolls of the current list of spells being dropped off of mobs. These "new" spell scrolls will be stackable (worth the work to implement at the end of the day), whereas the "old" versions could not. We have added in 10 new items called "Essences" that correlate to each of the ten magic schools. These ten new essences will drop off of the same mobs that the current scrolls are dropping off of, but can be utilized to craft any spell from that particular school.

As an example, farming the current mobs that drop spell scrolls from the "Fire" school will instead drop "Fire Essences". These essences can then be used in a recipe to create any of the spells available in this list from the Fire School. In this example these would include: Fire Shield, Fire Ward, Haste, Impetus, Explosion, Rapid Shot, or Smoke Signal.

The crafting profession required to craft scrolls will be Alchemy level 1 for the initial implementation and will require an Alchemist's Stone.

An example of a recipe could be the following (subject to change of course / ingredient in image should be "Fire Essence"): 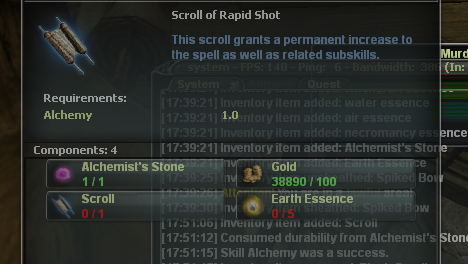 All of the "old" scrolls that are currently dropping off of mobs will be removed from the game, but all of the current scrolls that you have acquired during your playtime will be usable post-patch. Unfortunately they will remain unstackable.  The usage restriction on scrolls will also be removed since there is no reason for it anymore.

One of the side effects of our changes with spell scrolls was that it forced players to farm specific monsters for specific scrolls. Although it did achieve our goal of driving activity in the world and removed the macroing of these spells, players' concerns of decreased player choice were well founded. We believe this change will provide more player freedom and choice as to how you can progress your character, as well as streamlining the market with what resources are required.

On top of this, the entire concept of crafting scrolls is something the team really digs, especially those of us who grew up playing some of the older MMORPGs. It is a more sandbox addition to the game over spells dropping off of mobs, as it provides more freedom to the player in how they acquire, produce and utilize these scrolls.

Lastly, being able to stack scrolls was a highly requested thing but it could not be done with the scroll as it existed, which also prevented it from being a craftable item.  Overcoming those hurdles we think will prove well worth the extra time.

We are also announcing today that we are extending the deadline of our Lifetime Subscription video competition to next Thursday, October 13th at 5 P.M. EST. We have received a few entries so far and they are amazing, but if those contestants would like to submit an updated version you are welcome to do so. Not only is there a Lifetime Subscription up for grabs and ten additional pack upgrades (or free Legend Packs) but these videos will be featured on our Community Videos section that will go live when the competition ends.

Thank you for reading and join us in the discussion, we are eager to hear your feedback!