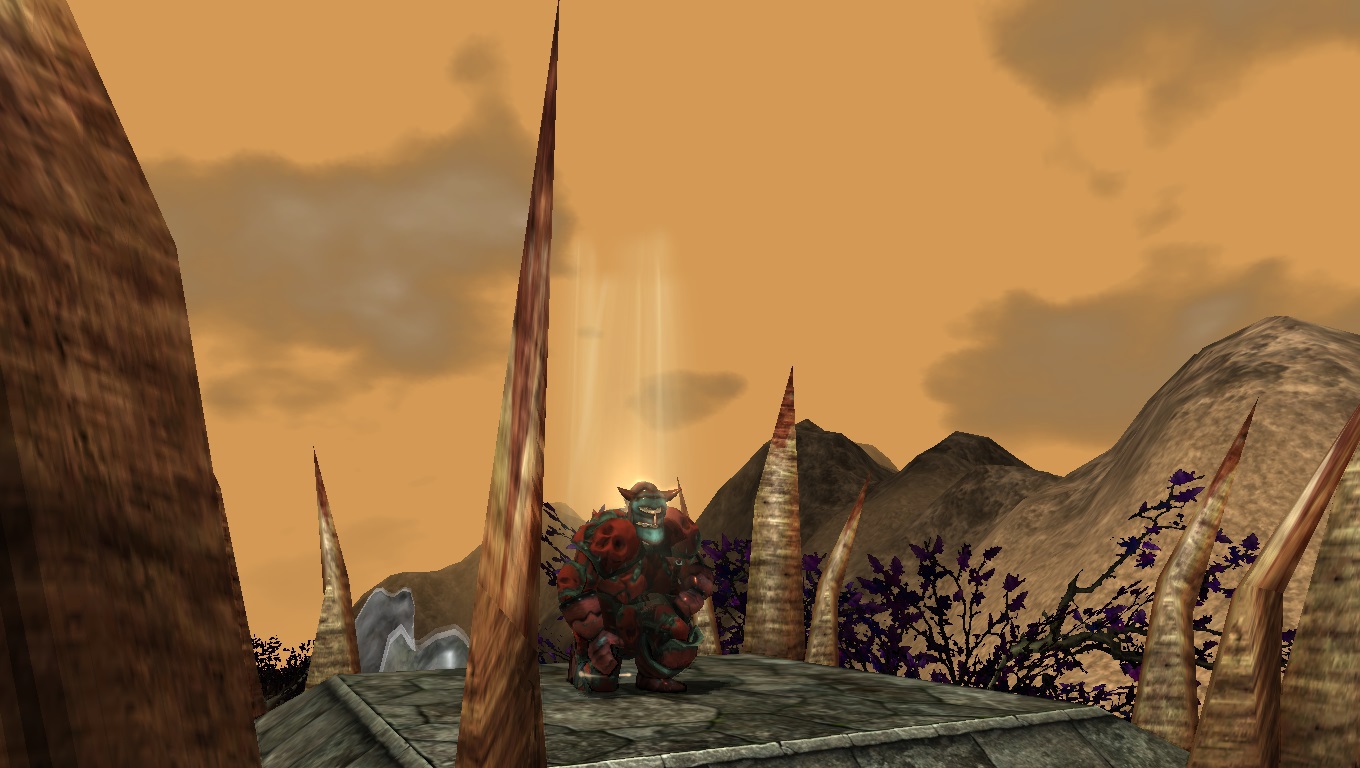 Until Monday 1st December Nithron Coin packages will contain a bonus 20% to celebrate Black Friday! Today is a special day, we wish everyone an excellent Thanksgiving!

We appreciate your support and feedback, both are important to us.

QA is in rapid fire mode for all the features to get them ready for PTS. There's still a few kinks we need to fix before it can be opened for testing on PTS so meanwhile we can discuss some of the changes that will be introduced.

First up, we'd like to share how the new PvP stances work and look, this was ready for a long time and was one of the things we wanted to show for a while. It's part of the larger system involving zone changes.

Stances now replace the old hit protection, they are necessary for introduction of new zones to be able to control how PvP happens in those areas.

This change will have less impact on experienced players, but in combination with zone changes offers more options in the game world for players of different tolerances for PvP.

There are many differing opinions on whether a safer zone should be a part of the game, for instance a common misconception is that this is just for new players. Having a safer zone can also be a respite for those who might enjoy the game world casually and contribute to the overall activity and economy.

Even the most elite of PvP players needs a time and place to relax occasionally. This also paves the way for more consensual PvP with other systems we're developing. Freedom of choice is crucial and this update gives players that freedom to choose their level of risk. 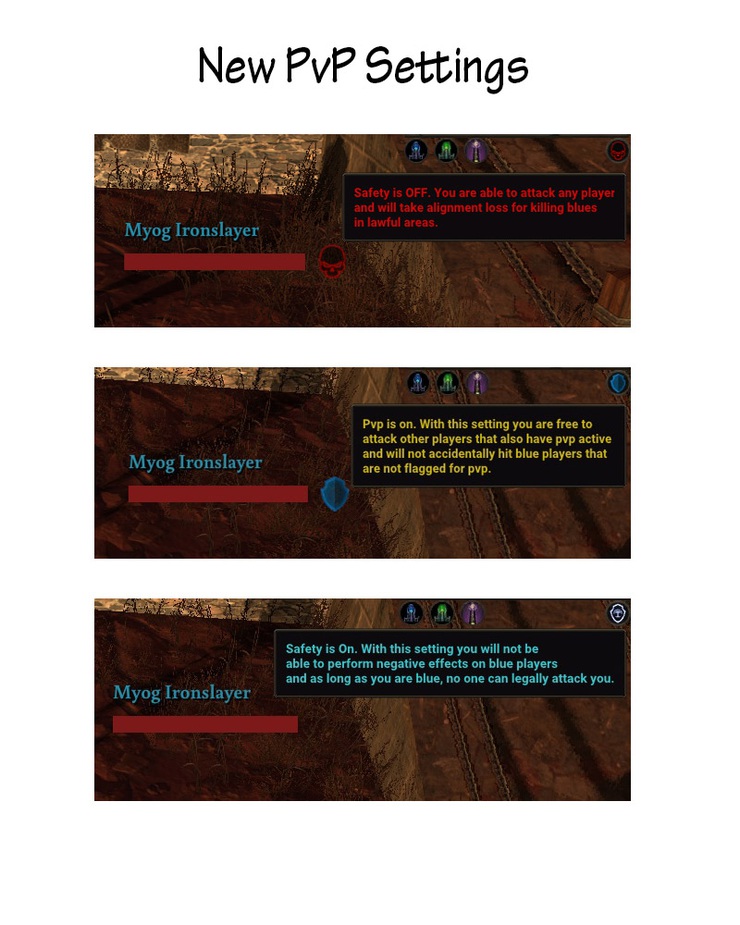 Since this is closely connected with zones, we should also explain how the zones work. Much of human lands is being converted into a very safe zone, this area will be the ONLY place where PvP will be optional. Players with PvP disabled will be unable to be damaged regardless of their enemy's PvP stance.

Most of the mainland then becomes an intermediate zone where there is risk of PvP, this area will be important for one of the other systems we're working on. It serves as a middle-ground between the safe area and the lawless no mans lands. Partial loot will make this area less harsh but still risky, a stepping stone to the high danger and rewards of lawless areas.

The most dangerous areas will be the pall in the center of the mainland, the oceans and the islands which will remain lawless.

This was commonly requested and we fell short on this when we introduced more tasks. Many of you pointed out that you would rather have repeatable tasks and we're pleased to say it will be included in the next patch. 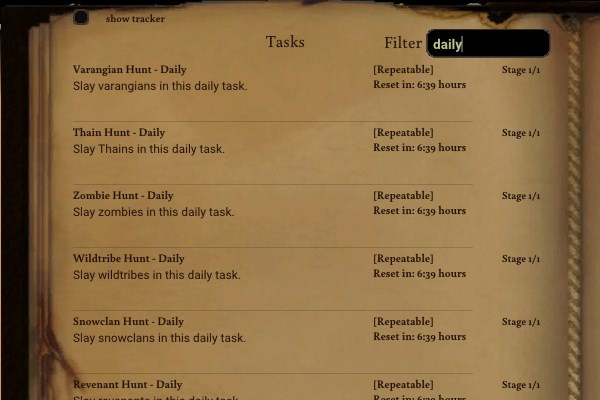 Thank you everyone and again, Happy Thanksgiving,