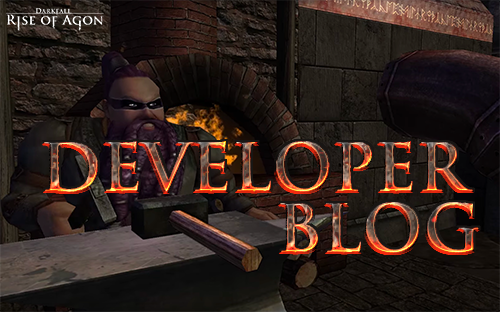 Today's Developer Blog is going to go into some more specifics on some of the initial changes that we are working on internally. We hope this drives some discussion on these and we eagerly look forward to your feedback.

We will not be going into details today on how we are addressing the security flaws that came to light a few weeks ago, as we want to keep our plan of attack and the ways we are going to resolve these issues out of the public's eye. This is not meant to keep you guys in the dark on what we are doing to address these concerns, but to prevent any pertinent information from reaching would-be hackers that could detrimentally use this information to their (and their hacker associates') benefit. As mentioned earlier this week, we do not have a concrete ETA as to when these tasks will be accomplished, but we feel confident that we should have a better idea by next week.

The following details are things that the game design team has given their stamp of approval on, after a lot of internal discussion, and which has been passed on to our development team. Some of these things have already been completed, others are currently undergoing quality assurance, and others are sitting in the pipeline to be tackled based on the priority assigned to them. Moving forward we plan to provide more details on our game development plans within these development blogs to foster conversation and allow you the opportunity to provide us feedback before things go through final development.

As we discussed in our last developer blog our team has been hard at work on enhancing the user interface for Darkfall: Rise of Agon. The primary goals of this endeavor is two-fold: the first is to provide a better and more streamlined new player experience and the second to prevent the need for AHK or scripting (which go hand in hand). This will even the playing field for all players due to reducing the amount of binds needed to be fully competitive and will eliminate or greatly reduce the feel of having to use scripts, while enhancing the overall experience of PvP and PvE combat.

Since our last update on this, the user interface changes have gone through quality assurance testing by our QA team members and things have been working quite well. We plan to have one final week of "Alpha testing" so that our community can help stress test these changes and find any problems that we might have missed, and in order to properly gather this feedback we need people to have access to a wide range of skills. When we transition into Closed Beta (where we plan to really start implementing actual game changes) the skill gain and item acquisition bonuses will be removed so we would not have the opportunity at that time to gather this feedback.

There also have been a few tweaks and enhancements implemented based off of your valuable feedback we received from our previous developer blog. An example of this includes "Charge on Press" which you can activate if you have Auto Cast and Trigger on Release activated. 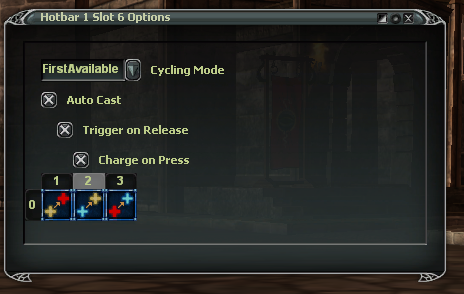 One of the areas that we want to focus on is enhancing the experience for small clans. The first major step we are working on to achieve this goal is to allow small clans to fully live out of hamlets and not have to rely on NPC cities or access to major cities (which would require either infiltration or forming alliances) in order to refine materials and craft armor, weapons, food and potions. In order to accomplish this we decided to see what work was needed to implement all crafting stations in hamlets. We started this test with the hamlet Shargal, implementing all crafting stations to test the functionality. We were successful in adding the stations themselves, despite running into some issues with the world-builder, and hope to have some official screenshots of our progress by our next developer blog. The goal is to provide all necessary crafting stations to all hamlets around the world of Agon, allowing small clans the ability to fully live out of them and hopefully reduce the amount of "vacant/empty" holdings. We would prefer to have all hamlets being actually lived in with active clans, than sitting empty owned by a large clan with no need for them.

Now we immediately recognize the concerns that some may have that this will decrease the value of player cities. To that point, we are also working on enhancements to player cities to increase their inherent value above hamlets and we plan to go into more detail on some of these proposed changes in the near future. This is a long-term project but our goal is to have the crafting station changes implemented in all 53 hamlets, along with our enhancements to player cities, in-game before our official commercial release.

As a company we recognized from the onset of this project that the new player experience needs an immense amount of work. Player retention is of the utmost importance to us, because we strongly believe that if a new player survives their first few days of the game without getting frustrated and turned away due to poor game design choices, that it greatly increases the likelihood they will get to experience the aspects of the game that we all fell in love with in Darkfall Online. Unfortunately most new players do not get past these first few days, which ends up leaving them with a terrible and skewed impression of the game, as well as damages the game's reputation due to poor word of mouth feedback.

To begin tackling the new player experience, we have been focusing on a few areas of the game that we find to be of high priority. We already mentioned the changes to the user interface we are working on, but we wanted to go into some more detail on some other changes that we have planned as well.

Another area we will be placing a lot of focus on is completely revising and enhancing the "New Player Tutorial". This tutorial is currently 7 pages long and includes a lot of information that is either going to be outdated, or does not help educate new players on important game mechanics. We have gone through the initial "First Few Hours," as we call this project internally, numerous times finding areas that are severely lacking and potential points of confusion. Our goal is to enhance the new player tutorial so that it can teach players the basics more easily, and also be more readily available for players who get stuck and need assistance. This project will take a lot of work but we feel the efforts will be worth it in the long run, especially in relation to new player retention.

That does it for today's Developer Blog and we thank you for taking time to read through it. The previous topics discussed do not cover all of the various things that the team has been working on from a development standpoint, but we plan to provide further details on other areas of our progress in future developer blogs.

Feel free to join us in the discussion and expect answers from us to your questions.