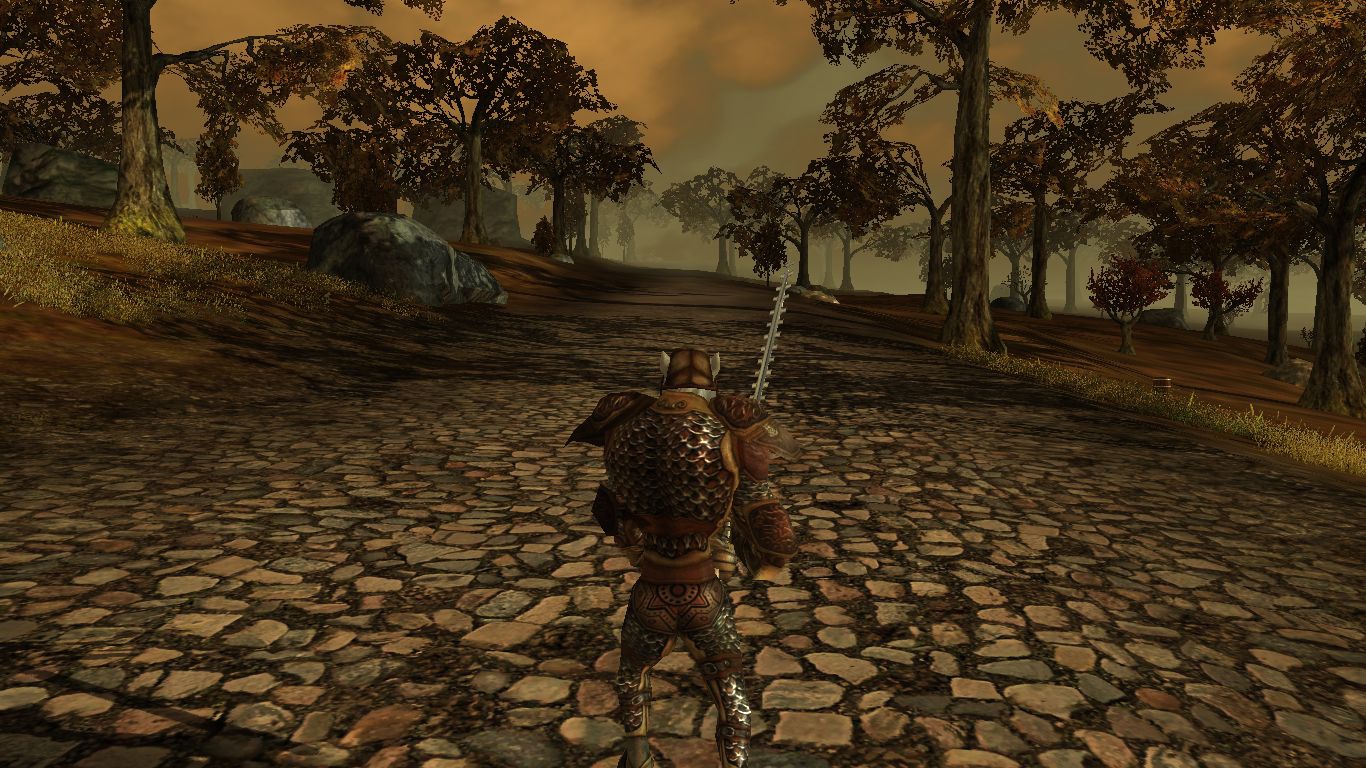 Today we are releasing the Design Statement and updated Road Map for Darkfall: Rise of Agon. This document was put together after many long discussions on how we were to achieve the new direction that we decided to take the game based on player feedback and our own analysis of the state of the game. We will be implementing a new road map page in the near future where members of our community can place points on what they deem takes most priority, ultimately helping to determine what features and new mechanics we focus on first.

What is Big Picture Game’s overarching design philosophy for Darkfall: Rise of Agon? The philosophy is centered around a few core principles:

This serves as an overview of the content and features that are currently planned for Darkfall: Rise of Agon. The first few items are scheduled to arrive in the next patch, but the rest are not in any order of importance or in the order that they will get completed. The following is presented in document format but will be converted into an agile webpage in the near future. This new road map page will allow you to track what is in development, what is currently in design, and what has been implemented already. These changes are what we plan to focus on for the immediate future but are not the only changes that we will get to.

Village capture is changing to a “capture and hold” system. Each village will have three platforms that go live on village capture that users must claim and maintain control over in order to win. The loot received upon capture will also be gained instantly into your bank and will be getting a heavy increase to incentivize more conflict. Timers will be closer together to have villages going live more often and several villages will go live together to ensure no one party can capture them all.

These powerful books will allow you to place marked runestones within them so player can then teleport to those marked locations using charges. A runebook will be able to be charged by fusing portal shards into it, and a new equipment slot has been added making the runebook equipped undroppable on death.

The new spawn scaling mechanics added during beta will be expanded upon and encompass many more types of monsters and mob spawns. These mechanics increase respawn rate and total monster spawn count based on the performance of the group fighting them. We will also be expanding how the mechanic works to provide more of a challenge through mob stat changes and better loot.

New Tasks and Changes to Existing Ones

The general player experience in-game is an area we wish to continually expand upon and polish. The initial new player experience certainly needs some improvements, and there are things aimed at veterans we wish to improve as well. Some of the planned changes in this area include:

Combat is always a touchy subject but there are issues with the current balance that result in few viable choices. We plan to provide more viable combat choices and playstyles while staying true to the feel and competitiveness of the game. Although these changes may require balancing, it is a topic we have received an immense amount of feedback on and one we feel is important to tackle. Spell school balancing, unique spell school effects, changes to specialisations and formula changes (related to staves) are all pieces to this diversity puzzle that we will be working on. The following are some key areas:

Clan’s will be able to fully control and exploit the lands around their holdings by the use of Control Towers. These towers will give a variety of benefits and control such as extending clan buffs to nearby tiles, giving “taxes” from economic activity in the tile and control over the lawful state of the land. This is only the beginning as there will also be a series of structures that can be built once a clan has claimed a territory with a Control Tower. These structures will require “Energy Shards” to operate which will can be gained through killing mobs and other activities. Structures will include mines, farms, fisheries, local banks, guard/scout towers, portals and various “factories”. Factories will give clans access to all sorts of items, gear and structures through new vendors in clan cities. The design focus here is to give rise to regional powers through economic and combat advantages to connected territories. Taking over a holding will no longer be something done sneakily, it will be a struggle to advance towards a holding or hold your territory from an enemy's onslaught.

Several changes will be happening to the siege system to make it more interesting and less of a single fight on a timer. Activity windows will be coming into play which will have a small upkeep but will allow users to set a time when their clan is most active and able to protect/advance their territory. Outside of their activity window they will receive heavy defensive benefits to make it more difficult for “midnight griefing” while they are sleeping, allowing players to rest easy and work without worrying about the empire you built. In addition there will be offensive and defensive benefits to having Control Towers around your own holdings and holdings you want to siege. It will also no longer benefit clans to wait for another to build up a holding and then take it from them as holdings are planned to be heavily decimated upon capture.

We are planning to implement four factions to be included in our opt-in faction system. These factions will fight daily for control over various cities, territories and bonuses. The clan and faction systems are planned to be tied in together so a clan can choose to align themselves with a faction if they so wish. There will also be a faction stronghold for each one with various faction activities to partake in, along with various bonuses and faction specific gear made available. A controlled city provides benefits to the controlling faction like reduced vendor costs, special faction items that can only be purchased from a controlled NPC city, and other things of this nature.

To continue with our casual friendly changes we plan to allow users the ability to travel to a village before it goes live from capital cities. These will cost portal shards and will be open only for limited times, and is something that will be a great incentive for players that are blue.

Champions will be getting new unique weapons that drop exclusively from the chest found after defeating them. There is also a small chance that players will be able to acquire a crafting recipe that Artisan crafters will be able to consume, giving them the ability to make the item. In addition a new stat consumable will be added to their loot that allows users to bring some stats up to 120.

Artisan skills will be a specialisation choice for high level crafters. Characters will be limited to how many artisan skills they can train which will give various benefits to the craft chosen. Better durability, stats and unique choices will separate everyday crafters and those who dedicate themselves to a particular craft. These skills will be long-term goals for dedicated crafters, as Artisan gear will be the gold standard for marketable items.

We will be implementing a local market with global delivery for a fee. Users will be able to list both buy and sell orders on the market. Markets are planned for main NPC cities, chaos cities and a possible building choice for clan cities as well. We aim to also allow players the ability to place buy and/or sell orders on the market for groups of items as well to allow for “gear bags” to be sold. The market will have a standard fee for placing an item up for sale with varying kinds of orders available to be placed.

Tired of spending 5 minutes hunting through your bank to make the same gear bag multiple times? We feel your pain. Gear templates will allow users to copy a bag of items as a template and automatically load them from their bank and into a bag. Choose a template, load it into a bag, pop it in your inventory and right click to equip all the armor. Goodbye downtime - hello convenience.

We always liked the unique mob armor available in the game but it was difficult to find and served little more than roleplay purpose with heavy disadvantages. We are going to add these unique armours as unique recipes that players can find. Once found they can be consumed and then a user will have the ability to create the armor themselves with increased bonuses over their PVE counterpart.

New unique named mobs will be added to the world, and each will have a lore backstory that users can collect and earn titles for. These mobs will also be the primary source for mob armor crafting recipes.

We will be adding in a variety of titles to the game, some for showing off to other players and others that provide benefits to the player. There will be crafting, leveling, PvP, PvE and exploration titles to be earned which you will be able to access through a GUI planned to be a part of the Compendium of Knowledge.

Portal hubs will bring the world of Agon to the player's fingertips like never before. An “Order” hub will allow safer travel between racial capital cities and the “Chaos” hub will allow travel to and from all continents and many points of interest. Getting around the world, particularly for those blue players wishing to travel between racial areas, will become much more convenient.

The transmute skill will allow users the ability to convert melee and archery weapons to elemental damage, creating more viable PvE options for non-magic users. There will also be ways to transmute staves and armor tied into these changes.

This is planned to be a catch-all area to put all sorts of information. This includes a bestiary and character specialisation options such as titles, lore pages, help pages, player and character stats, recipes, etc. This will become the location that users will very often reference for necessary information about the game while they are within the world of Agon and playing.

Armor will get new robes for mages which can be attuned using the transmute skill to one of the 6 high-end magic schools for bonuses. There will also be changes to the metal and leather/cloth armors to give more specialized choices. Perks will allow users to hybrid between the armors as well to allow players to do actions effectively that normally an armor would negate.

While clans may own large holdings and control big territories we would also like solo and small groups to be able to have their own place to call their own. We are looking to add in various structures that will feel at home for survival players, allowing them the ability to build small campsites up to large hamlets.

Libraries will allow you to store multiple runebooks for convenience and allow you to open your runes to other players to use. We are looking to add these to player cities and houses, with options for opening them up with a use-fee for entrepreneurs.

We wish to give more options for customising the access certain players in your group/clan have to items in your bank. This will allow for much more flexibility in clan and group management. The idea is twofold: