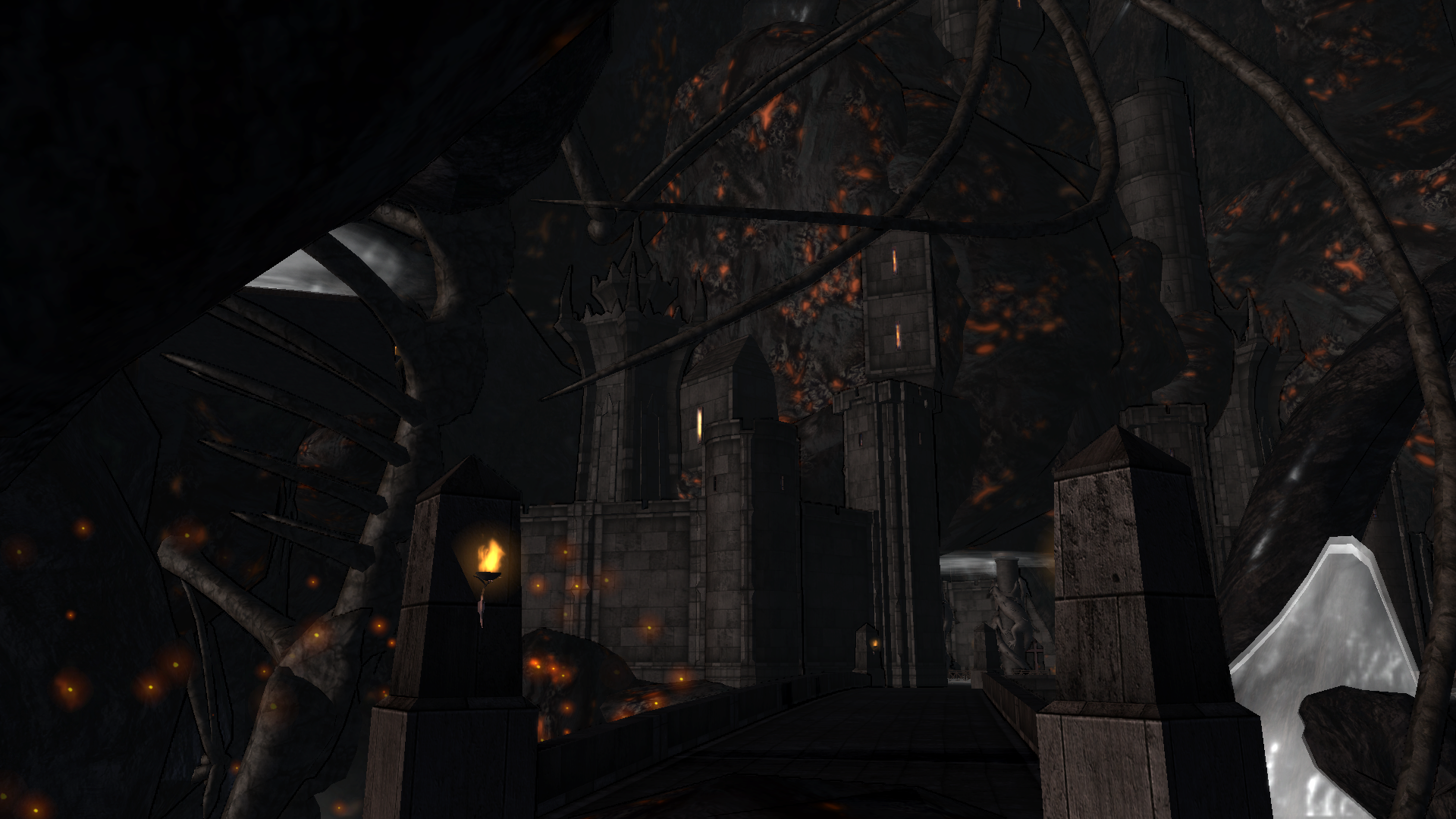 Today I will be presenting the “30,000 foot view” of what this project is to us, why we are here and ultimately where we will be taking Darkfall: Rise of Agon over the next couple of years and beyond.

WHAT IS DARKFALL AND WHAT IS RISE OF AGON?

Darkfall was a revolutionary MMORPG released on February 25th, 2009.  On November 17th, 2012,  less than four years later, the game was shut down in lieu of an upcoming sequel at the time.  Many players were not happy to see Darkfall go, and even years later, that sentiment only seemed to intensify.  Rise of Agon is a love-child reboot of the original game, officially licensed from the company who originally made it.

WHAT SEPARATES IT FROM THE REST?

Darkfall is a social experience and a social experiment both at the same time.  It’s a wonderful place where gloriously symphonic victory meets soul-crushing, gut wrenching defeat.  It is a place where one mistake can be the difference between tears of joy and tears of defeat.  It is a world that requires strength and perseverance to survive, and even more than that to prevail.   Darkfall isn’t just a game played with, it’s a world lived in.  Darkfall at its core is about who is over the hill, behind the tree, in the bushes and the tension that accompanies that.  The lifeblood is risk, and to the victor goes the reward; and the game thrives on the ever presence of both.  Darkfall is all about the people behind the players.  It’s about enemies and war; it’s about friends and shared experiences.  It’s about a world that matters because players can affect it and each other directly.  Darkfall is the only game that allows players to manifest themselves inside a living, breathing world and cultivate a good, evil or indifferent persona without limits.  What separates it, above all else, is freedom.

WHY BRING IT BACK?

It is very hard to explain to someone who never played the game why we would want to bring an old game back; so we focus on the amazing combat, the clan politics, the sieges, and all the other great features the game offers.  But it’s so much more than that.  It’s the experiences, friends forged, and strong emotional reactions the game can conjure that truly make it worthy of bringing back. Darkfall has many great features worthy of it’s return, but deep down we all know why we really want Darkfall back: the feels.

HOW DO YOU ATTRACT AND KEEP NEW PLAYERS?

Obtaining and retaining new players will be key, and things like improving the New Player Experience will be very important.  But more than that, and the most important factor in determining the ultimate success of the project will be our ability to communicate the all encompassing context of Darkfall.  We can show the combat, the sieges, the ship battles.. but what is harder to convey is the victory.. the defeat.. the relationships..  the betrayals..  the adrenaline rushes.. the late nights.. the early mornings.. the memories..  the times had.  The raw emotion that drives Darkfall will be the key; and if we can convey that magic that will exist once again, I believe we will have many, many new players.

WHAT IS THE DESIGN PHILOSOPHY?

Rise of Agon presents a very unique design challenge.  It already exists as a working game, so all traditional ground-up design philosophies do not directly apply.  Because of this, I’ve come up with a group of guidelines that we will abide by while updating the original.

Over-engineered/bloated design inevitably leads to tasks that require more back-and-forth, clarifications  and iterations which all result in more time.  This is especially amplified in our case, where we are not only remote but global which both impact efficiency.  Ensuring all tasks are comprised of manageable, consumable and well articulated implementation details will be paramount in establishing a sustainable development ecosystem.

There are always numerous solutions to any problem, and I will make an effort not to simply take the first or most obvious one right away.  Sometimes it takes time and contemplation before the best solution is revealed; often times shaped from the ashes of many suggestions and debates.

Do not design “from the hip”

Being a lifelong designer and implementor myself gives me a unique perspective and the ability to design for success.  It will be part of my job to make sure we don’t just rattle off rounds of undercooked, off the cuff, over-ambitious and incomplete thoughts that simply lack the considerations for feasibility and implementation.  If I hear an idea or plan that possesses these “pie in the sky” traits, the fact is it’s much less likely to be achieved and must be considered as such during review.

Our focus will be on adding and adjusting mechanics to create player interaction organically as part of playing, not in a forced manner or via mechanics or rulesets tailored specifically as means to a predictable end.

Preserve the heart and soul of the original game

Last but not least, and possibly the most important philosophy of all:  Preservation.  Darkfall is why we are all here.  It is why you are reading this, or even care.  We want to make RoA the best it can be, and carry it into the future while exposing it to as many players who missed out the first time around as possible.  That said, I will also guard the core of what made the original great and I will design as the gatekeeper of Darkfall, here to preserve and protect its spirit, and keep its heart beating strong.

SO WHAT’S THE MASTER PLAN WITH RISE OF AGON?

Rise of Agon will involve 4 planned phases of development, each one designed to prepare for the next.

This phase will focus heavily on small and manageable one-off changes in all areas of the game while the developers build a knowledge base about its framework.  Particular concentration will be on QOL and New Player Experience.   Some changes might even address certain aspects of larger systems that we plan to address more indepthly in phases 2 and 3.  To that end, during this phase we aren’t going to be concerned with “order of operation” from a design perspective.  We are already knee-deep in this stage.

This phase will involve looking more closely at existing systems to address outstanding issues, correct bugs, and initial changes with each.  Areas like new player experience, alignment, the economy and crafting are just to name a few that will experience a lot of change during this phase.

Once we feel like we are at a decent place and we’ve done a first-pass on many of the underlying flaws in systems, we will look to enhance existing mechanics that either by in large worked, or that we addressed the core of during phases 1 and 2.  Just a few mechanics that come to mind are things like trade routes, vendors, map digging, and VCPs.

Once we reach this phase, the real fun will begin.  It’s not to say we won’t be doing some innovating changes in phases 1, 2 and 3, but it’s at this phase where we will really open up and concentrate on getting new, fresh sand into the box.

A CLOSING WORD ON PHASES

There will inevitably be overlap between the phases, and they are not meant to be taken as rigid periods of development with a strict beginning and end,  but more so as a general design guideline.

Moving forward, I will be creating additional design documents in a format similar to this one, presenting approaches and strategies to address specific design topics.

Join us in the discussion thread of our forums.