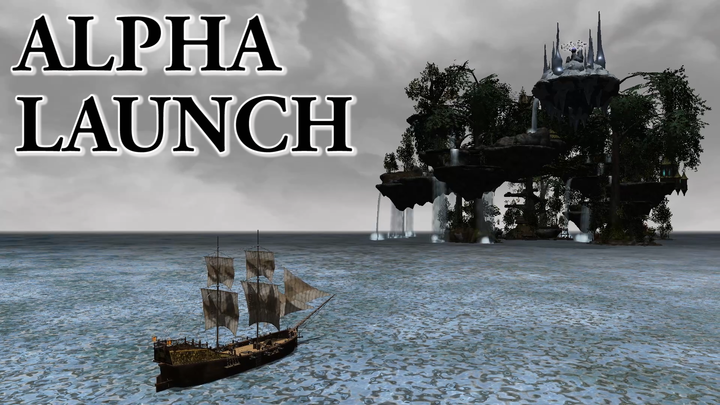 It’s been a week since we launched the Alpha of Darkfall: Rise of Agon and opened up our Online Store. We would like to thank you again for the overwhelming support we have received from all of you, even during times of server downtime and login issues. As a team we learned a lot through this initial stress test, and have now bolstered our number of new character accounts close to two thousand players. We have also given out over 3,000 Alpha keys since the start of Alpha. With your support and feedback within our Alpha forums, we look forward to having a very successful and productive Alpha phase!

This week the team spent their time upgrading our server hardware and resolving many of the issues that people were having with our login client. There were also many lessons learned by the team, as the initial demand from our community allowed us to uncover problem areas that they were able to work together through to address. Now with more server infrastructure and an updated login client, we have the ability to continue increasing our concurrent player capacity and test other areas of the game.

With the major issues taken care of by the team, they focused on our first Alpha patch. This initial patch was aimed to address the state of the game for our Alpha player base. We greatly increased skill and stat gains across the board, increased crafting speed, increased the rate of harvesting, disabled the surging mechanic, and removed the fizzling of spells unless affected by tongue rot. These changes allow us to not only let our players have some fun in game while testing, but move towards specific areas of the game we will be placing focus on. We will make sure to announce in advance areas of the game we could use your support in testing, to ensure we can get the most out of this phase of development.

The development team can now focus on resolving bugs and issues found within the game. All of your feedback on our Alpha forums has been critical for the team to help find key problems and immediate areas of the game that we can start addressing. We also opened up our first official game design poll which involves the topic of crafting mastery limitations. Please cast your vote in the poll and join in on the discussion around this topic.

The team will continue to host in-game events where not only we can have some fun, but get some footage for upcoming videos! This also allows us to test the stability of our server, as we can plan events with large amounts of people in hopes of testing specific game functions or areas of the world.

In regards to having to wipe the Alpha servers this past week, our goal is to not have to wipe the servers unless absolutely necessary. This Alpha has provided us with an immense amount of useful information already on how to handle player demand and the inner workings of the server and client infrastructure. However, as we aim to update and enhance the game throughout this phase, there is the possibility of issues arising that would force us to have to wipe. We have worked on systems to try and prevent the need of this from happening, but know that we will do all we can not to wipe the servers until Alpha ends in the coming weeks.

Finally we will be announcing the winners of our community competition this Sunday. The team has been busy working on the game and handling support tickets and request, and there is a lot to go through due to how many awesome submissions we got from you guys and gals.

Thanks and have fun this weekend. See you in Agon and join in on the discussion!