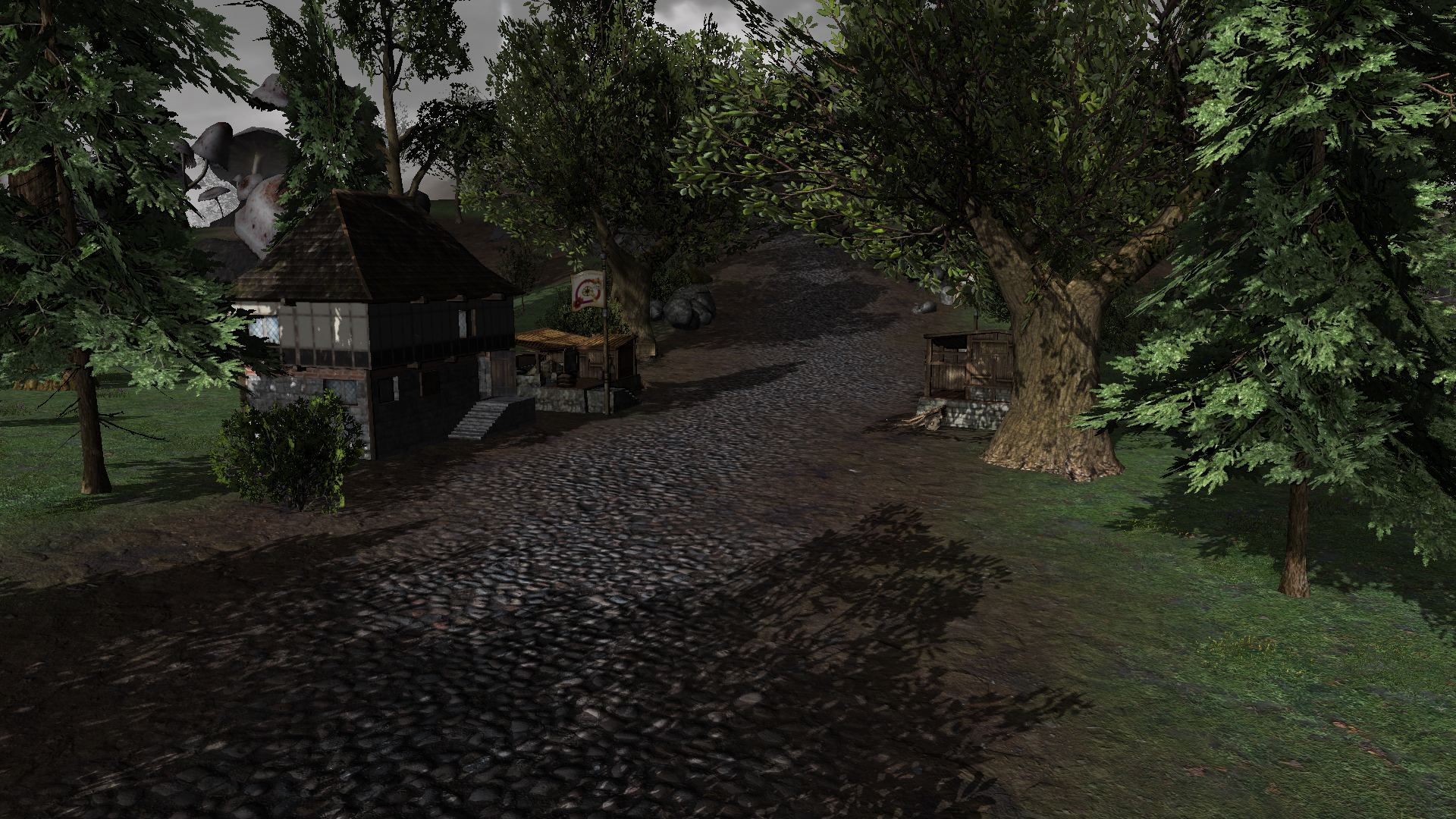 Fifteen new weekly tasks have been added. One for each of the major gathering types (chopping trees, fishing, herb gathering, and mining iron and stone). The remaining tasks are dedicated to hunting champions, and each champion has their own task (each of which requires five kills).

As you can see, champions are now a source of deeds. The odds are lower than the possible rare rewards from daily tasks but are still respectable considering the value of deeds.

The primary sources of high-rank enchanting materials now have a 100% drop rate (e.g. fire giant and Q4 cinder), however, the overall yield remains identical in most cases, while slightly higher on some. Additionally, on a few loot tables, the yield has been made more consistent. We had many requests to add consistency to enchanting material drop rates and this should do the trick.

Trade routes now have an added middle point that must be visited before the trade pack can be turned in at the end. This removes the incentives for people to use alts. It will also make the routes more predictable for people out hunting for players.Trade route loot tables have also been revamped, with greatly reduced clutter and more value. Equipment tiers will effect the probability of getting better rewards.

Grumpy dwarves rejoice as there is now a network of portals leading to each racial capital city, located in Sanguine. If you’re new to the game and curious about distant lands, feel free to try out the portals. You can always return to Sanguine with your capital recall skill.

It’s now possible at the Laboratory to use the mixing skill to combine ten 110 stat potions and some gold into one 120 stat potion.

Optimizations have been made to resource object and terrain loading. A memory leak has also been fixed that was causing players to not load objects and terrain.

During the past week we reduced respawn timers for all selentine-neithal level monsters including ore and timber mobs.

A Word of Thanks

To Beginners Luck, RoA n Chill and all the other new clans that are dedicated to helping new players learn the game and specifically both named clans have done a wonderful job. Thank you for your dedication and for helping shape Rise of Agon into a better game each day.

That’s all for now. Have a good weekend!