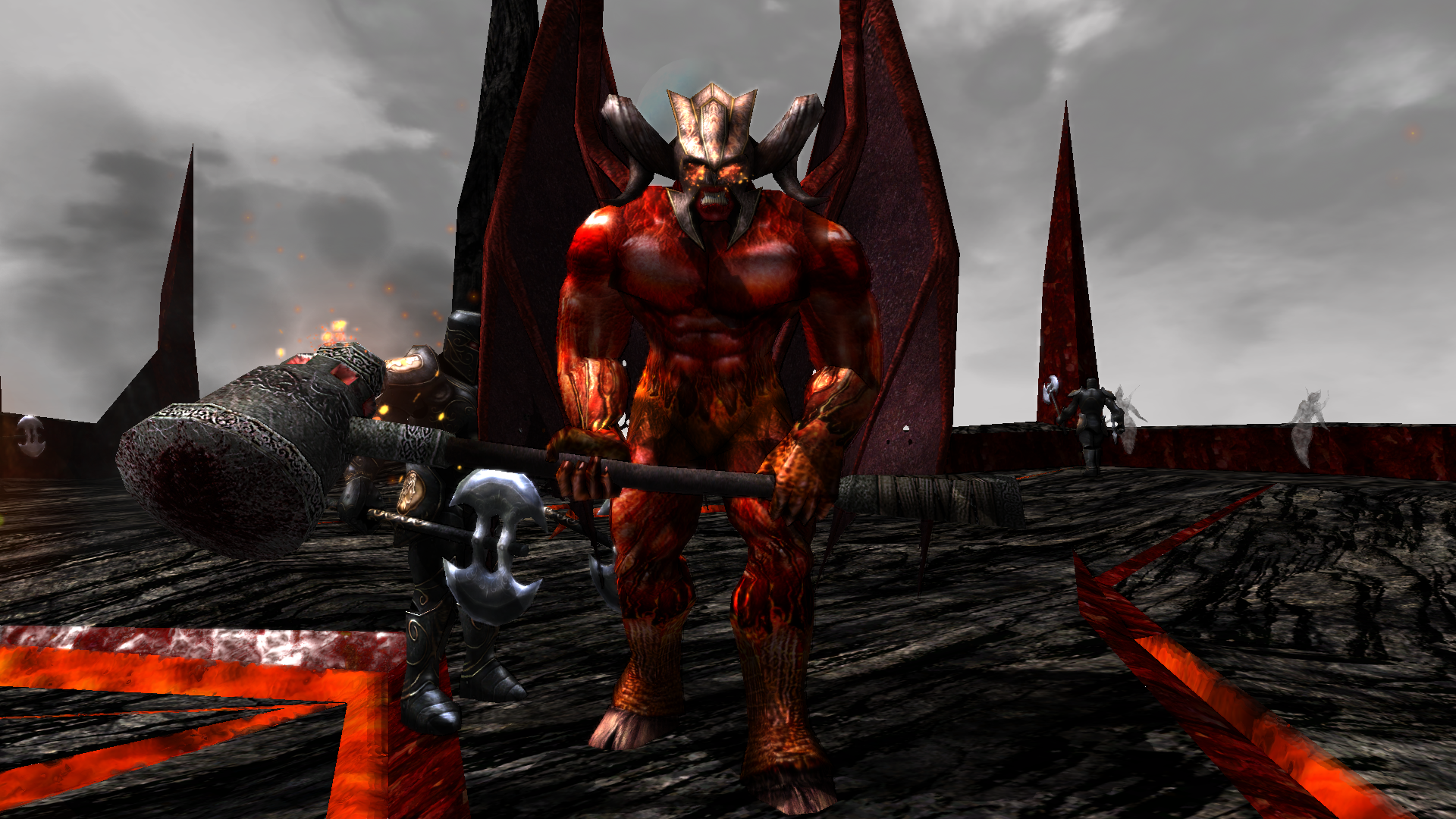 In this patch we have a variety of pve changes as we continue to fine-tune this aspect of the game. The ultimate goal is to create a more rewarding and enjoyable experience. Speaking of which, the Demon Lord is back to fulfill all your pain and misery needs! Let’s take a look at today’s additions.

The fire dragon, ice dragon, and demon lord now have randomized spawn and respawn timers, accompanied by a server-wide announcement indicating they have spawned. This offers players a more fair shot at getting the opportunity to battle and kill these bosses, as well as an increased chance at pvp.

Some of the strongest monsters in the game will now be guarded by a large group of minions. This will not only add another layer of challenge, but minions provide players with something to kill while waiting for the master of the domain to respawn. Each of these areas will be patrolled by two different types of minions. The following monsters will be guarded by minions:

With each of these spawns having a master and two types of minions, we wanted to ensure that group play was a viable option, meaning there must be enough loot to distribute. Not only do the monsters provide a healthy amount of loot themselves, but each of the three monsters also has a daily task which provides some of the primary material of the master (e.g. theyril ore for the theyril golem and minions), as well as more rewards and possible rare rewards. If luck is on your side, it’s going to be a lucrative hunt. Since the primary material is distributed via tasks in part, everyone in attendance will have the chance to go home with the desired material.

Having such profitable spawns in the red zone exclusively means that holding value should go up, you’ll have more opportunities to play with your friends, and the chances for open-world group pvp are significantly higher. As a final note, there has been some concern that solo players will no longer be able to farm these monsters. However, it is still possible if you play your cards right, it’s just going to be more dangerous.

The monster markers on the world map will now show the amount of monsters in each spawn. Hovering over the marker will also show you the common loot that each monster can drop.

As these materials currently have no use (except chaldean cotton), we are in the process of phasing them out, much of it has been done for this patch. Daily tasks, maps, and monsters (except the Ancient) will no longer drop these materials. Affected monsters, such as the eodrin, have had their loot slightly modified.

Since the eodrin has been a pain point for some, we’d like to reveal that it now has a 100% chance to drop eodrin eyes and the potential yield has been slightly increased. The erodach and minotaur king once again drop large amounts of gold.

Similar treatment will be given to other Q5 monsters in the future. Eodrins, selentine golems, veilron golems, and other popular solo farming monsters will have their respawn timers reduced in a future patch.

That’s all we have for you today. We would love to hear your feedback in the discussion thread. Thank you and happy hunting!