Today we wanted to provide you with an update on our security measure progress, as well as present the initial changes that are planned to be in at server opening. The official patch notes will be released once we reopen the servers so these are subject to change. In an effort to re-do the musical score for Darkfall: Rise of Agon, we also wanted to present a music sample from one of the composers working on the project who is creating a new piece for us to use in game.

Phase 1 of our security measures are completed and will be ready for our server reopening. We are working out the final kinks in client obfuscation and then will be ready to prepare for the remaining one to two weeks of our "Alpha" gain rates. This will allow people to test both the new User Interface and the changes we will have implemented at the start or closely thereafter. We hope to have these tasks completed and ready for final review by the end of next week, and will make sure to update you on this progress.

At the moment we have a lot of changes that are either fully completed, currently in progress or ready to move into testing. We expect to have a lot of these initial changes ready for the server reopening, and a much larger list of tasks we plan to get in shortly thereafter. The following is a preliminary list of the changes we plan to have in once the server opens up again. 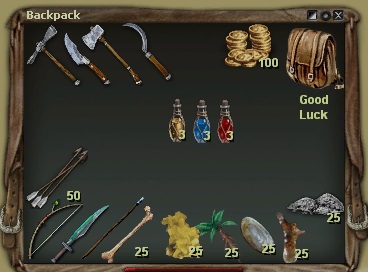 We also wanted to present a sample that George Karagioules, one of the composers contributing to Darkfall: Rise of Agon, put together for new music to be used in the game. George brings a lot of experience in musical composition and sound design, and you can view his work at his website: http://www.georgeksound.com/

Thank you for reading and make sure to join in on the discussion. We wish you all a very happy weekend and to those in the United States, a happy Fourth of July.